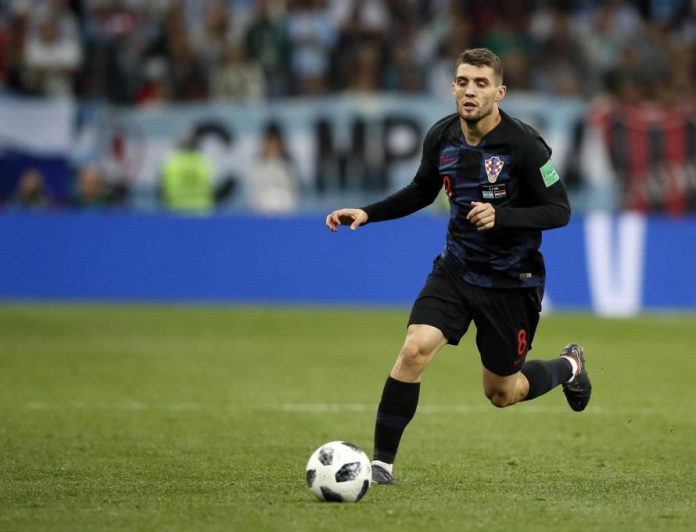 Mateo Kovacic is silently becoming the most impactful signing of the season. Firstly, it was seeming to be only one year loan deal of the Croatian midfielder at Stamford Bridge. Later the midfielder has almost confirmed that he is not here for only one season rather he is seeing a good future ahead at Stamford Bridge. The Croatian midfielder has rediscovered himself with the playing style of Maurizio Sarri. Maurizio Sarri is giving Mateo Kovacic all kind of freedom in the field and his link-up play with Eden Hazard has been lovely, with the Croat setting up the winger’s goal against Liverpool too. He is one of the most regular members of this Chelsea side. The Blues are playing really well in this season and they are still unbeaten in the Premier League in this season. Mateo Kovacic is a really good player and he has all the potential to be successful in the Premier League.

The Croatian midfielder is in good form also. The confidence level of this talented player has been waiting in the bench of Real Madrid. Certainly the players like Mateo Kovacic do not deserve a tag like BenchWarmer. The Croatian midfielder has clarified that he has no wish to go back to Real Madrid in the next season as he might have to sit in the bench again in that side. Maurizio Sarri is building up the confidence level of Mateo Kovacic. Kovacic is playing in a very important role at Chelsea in this season. He is really influential in Maurizio Sarri’s passing football system. The Croatian midfielder is adapting himself very quickly in the setup of Chelsea.

Talking to BBC, he gave this update about his future with the west London outfit,

“It is too early and I have to respect my contract with Real Madrid. But for now I’m really happy with Chelsea.”

“The city is amazing. The fans are great. The stadium, everything is nice. I could imagine myself [staying] here.”

The previous season was not a very good one to remember for the Chelsea fans. They were unable to finish in the top four positions in the Premier League. That’s why they are not able to play in the Champions League in this season. It is not a very good sign for an elite team like Chelsea FC. So, the club management have sacked the manager of the Blues, Antonio Conte at the beginning of this season. The former Napoli manager Maurizio Sarri became the new manager of the Blues at the beginning of this season. Maurizio Sarri has introduced a complete new system at Stamford Bridge. It’s completely different from Antonio Conte’s counter attacking system of play.

Maurizio Sarri’s men are adapting themselves with the style of play of the new manager. The players like Mateo Kovacic and Jorginho are making things easy for the new manager. The manager is bringing a new dimension in the game-play of the Blues. On the other hand, the players like Eden Hazard got great benefit in the new style of play. In this kind of tactics, Eden Hazard can express himself more freely and that’s why he is scoring more goals in this season. The man behind Eden Hazard’s success is Mateo Kovacic. Kovacic is helping Eden Hazard to unleash his breaking power in the attacking third and for that reason, Hazard is taking so many shots in the Goal. According to various football pundits, the Real Madrid man is one of the best signings of this season so far and this claim is totally justified.

Arsenal VS Chelsea, Just The Right Time For More Drama At...

Five Reasons Why Hakim Ziyech Can Be A Good Signing For...