It would have been the biggest signing in Reading FC’s history, but the deal never materialized and Liverpool’s midfielder Ovie Ejaria was their latest summer signing at the Championship outfit for the summer just minutes before the deadline ended back on Thursday. 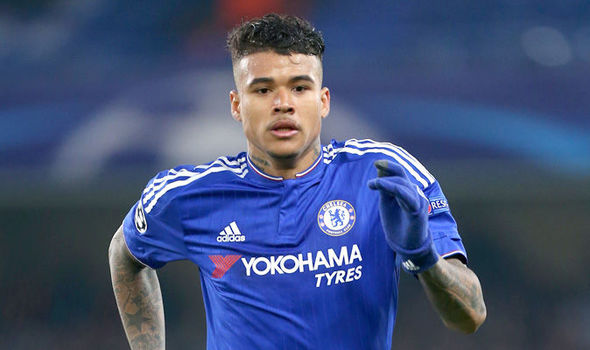 The 23-year old winger who was on loan at Newcastle United has been capped by Brazil in U-20 and U-21 level and his previous stint with the Magpies wasn’t that impressive and Mike Ashley allowed Kenedy to leave the club and join Chelsea. However the 23-year old is down the pecking order at Stamford Bridge and regular game time for the Brazilian youngster loos bleak under the tutelage of new Chelsea boss Frank Lampard.

The record Chelsea goalscorer has taken the reins from Maurizio Sarri who left the club for Serie A champions Juventus. Lampard did a great job with EFL Championship side Derby County last season and his hard work was gifted by the Chelsea management this season handing him the job of the Blues. He looks to set up a team filled with young exciting youth academy players and Kenedy can be one of them but getting regular minutes in a team where wingers like Pedro, Willian, Christian Pulisic and even Mason Mount, it will be an uphill task for the Brazilian if he wants to outperform the competition present at the club. Hence a loan move out of the club will be logical for the Brazil U-21 international.

Hearing the transfer rumours of Kenedy joining Reading on loan, the Royals manager, Jose Gomes waived it off completely, saying: “There are a lot of rumours in this part of the market and sometimes people think about bringing in one player. But it is not realistic. We now have the squad ready and closed.”

“Now we can say this squad has enough quality to fight for our targets and ambitions the club has.”

The Royals finished in 20th position in the EFL Championship last season and thing were not looking nice for them after they changed several managers to get going and finally stuck to Jose Gomes to keep them in the league. The Portuguese tactician has signed 10 players this transfer window to strengthen the side to increase their chances of performing well this season. New arrival Brazilian goalkeeper Rafael announced his debut in style as he saved two penalties in the 4-2 win over Wycombe Wanderers in the Carabao Cup on Tuesday night. Also, George Puscas making his debut scored in the game which ended in a 1-1 draw in the ninety minutes at the Adam’s Park.

Gomes is trusted with the job to bring the Royals back to Premier League and currently, a player like Kenedy would have definitely boosted their chances to claw their way back to the elite league and also would have been a different challenge for the Brazilian youngster.

Update On The Future Of This Chelsea Star, As Champions Look...

Liverpool And Manchester United Want This Portuguese Star, Who Will Sign?