According to the latest reports, Liverpool defender Dejan Lovren is keen on leaving the club this summer transfer window amid interest from Serie A outfit AC Milan by demanding massive wages from the club. The center-back has been targeted as one of the weakest spots in the team and has come under the scrutiny of the fans as well as the manager for his error-prone ability.

Jurgen Klopp led Liverpool to an incredible season last term as they recorded the most successful run in the history of the club since it was formed back in 1892. The Reds accumulated a staggering 97 points and lost only one game all season to Pep Guardiola’s Manchester City. However, they still finished in 2nd place on the English league table only one point behind the Blue half of Manchester. But it was not all doom and gloom for the Merseyside giants as they managed to win the elite Champions League trophy and bring it back to Anfield for the sixth time in their illustrious history.

Having tasted success on the continental stage, Klopp is now eager to dethrone Manchester City and end Guardiola’s dominance in England’s top flight. But Liverpool will have to downsize and optimize their results by offloading players and getting the best out of the ones performing. The Reds are currently sitting at the summit of the Premier League table with three wins in three games is the only club with a 100 percent record so far.

The German manager has used a solid back four in his defense as Dutchman Virgil Van Dijk has proven to be the man to marshal the entire back-line. Alongside him, Joel Matip has looked extremely impressive as the Cameroonian has already netted two goals this season due to his giraffe like figure. The 28 year old defender has become one of the most accomplished centre-backs for Liverpool after Van Dijk and the defense looks much more reliable with the two at the heart of it. Klopp’s third-choice defender is young Englishman Joe Gomez and this has made Dejan Lovren as the 4th choice who cannot really be counted upon felling further down the pecking order. 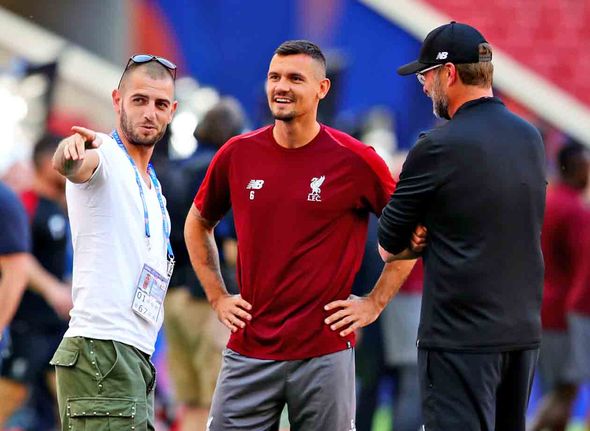 With Lovren lacking regular football, the 30 year old is now linked with a move away from Anfield as a few clubs across the European continent are looking to snap up his signature. Serie A duo of AS Roma and AC Milan along with Bundesliga outfit Bayer Leverkusen are looking to sign the defender and Lovren himself is pricing a move away from Liverpool.

Lovren arrived at Liverpool back in the summer of 2014 for a massive €20 million deal but the center-back has failed to establish himself on the team and his errors have cost Liverpool dear over the past few years. The Croatian is now demanding an improved contract and better wages to force a move away from Liverpool in the summer. Leverkusen are open to a season-long loan deal for Lovren but the centre-back is not willing to take a hit on his salary as well.