A Chennai based advocate has filed a case against the current Indian skipper Virat Kohli for promoting an online gambling application. It has been a tough few months for all of us and the cricketers have also gone through a lot of problems off the field. Few players have come into limelight for wrong reasons and it is seeming that Virat Kohli is now joining that list.

In India, the youth community follows the cricketers as their idols. They try to follow the lifestyle of the cricketers. That’s why every small or big brand wants to promote their product with the Indian cricketers. Virat Kohli has been promoting one such gambling app. The advocate has found it wrong and he has filed a case against him.

The youth community of our country is getting addicted to gambling applications with every passing day. The addictions are reaching new heights. They are trying to win a big amount of money in this process. However, most of the time they are not successful in this venture. The youngsters are borrowing money from others and they are unable to repay it on time. That’s why some of them are choosing the path of suicide. This vicious cycle is going in India for the last few years. According to the advocate, it must stop at some point in time. If a star player like Virat Kohli promotes some gambling app, the youth community of our country will surely get more interested in such ventures. Ultimately it will lead to their downfall in the near future. So, it will be better for the whole society if the star cricketers do not promote such applications. For that reason, the case has been filed against Virat Kohli.

The Chennai based advocate has filed a case against the renowned actress Tamannah too along with Virat Kohli. The Indian cricketers have been out of the field since last few months due to the COVID-19 pandemic. The cricketers are very much eager to get back to the field after a long gap. They will certainly try to resolve these off the field issues as soon as possible. 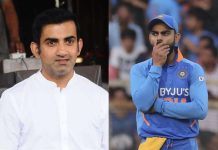 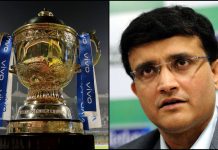