Virat Kohli and AB De Villers are two heavyweight names in the world of cricket. But they are also very close friends to each other, having been together for a certain period now at RCB. They both are RCB’s batting stem. Both the players have mutual respect towards each other.

Also, the duo shares some great moments on the pitch together. Their friendship is so strong that the Indian captain has a nickname for his South African teammate. Virat calls Villiers ‘biscuit. Recently, he disclosed why he calls him so.

What Virat Kohli Went On To Say About “Biscuit”? 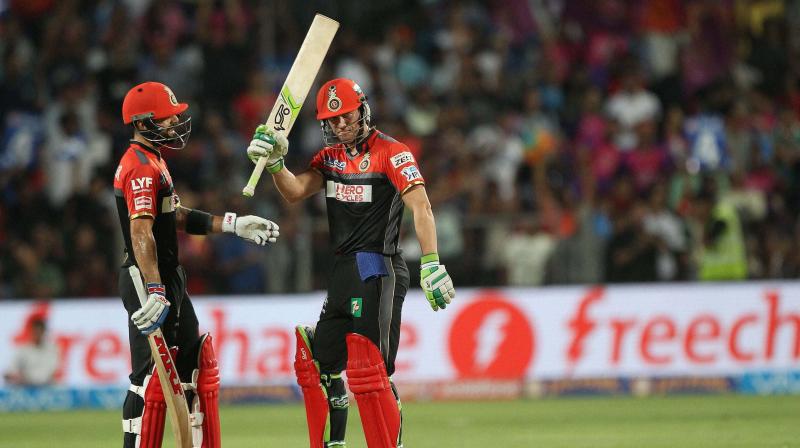 Royal Challengers Bangalore franchise posted a video on its official Twitter handle in which Kohli refers to the former South African player as ‘biscuit’. There the RCB captain discloses, “I picked it from South African slang, so people that you like, you are close to, you call them biscuit, biscotti. Because everyone loves biscuits, right?”

Royal Challengers Bangalore had a mix start to the IPL 2020. Led by Virat Kohli, RCB got off to a decent start to their campaign in the United Arab Emirates. Commendable batting and bowling in that game helped them win their opening game against Sunrisers Hyderabad by 10 runs.

The Story Of The Tournament So Far For RCB

The Karnataka based franchise suffered a huge 97-run defeat at the hands of Kings XI Punjab. The team only managed 109 runs in response to chasing a 206 target. However, Royal Challengers Bangalore bounced back in their third game. They defeated the Mumbai Indians in the super over after both team got locked by the same score-line of 201. This win was a much needed one. Having played three games, RCB are currently placed fifth in the IPL 2020 points table with a Net Run Rate of -1.450.

RCB will be hoping to have some good games under their belt to improve their net run rate and flex their muscle to move above the points chart. They will surely view the playoffs if they manage to get a decent run or even view the title at the end of the tournament.

Kohli and De Villers will be tested in taking on Rajasthan Royals in their next clash on Saturday evening. Both teams are in fine form and will be looking to outsmart each other in the contest. The match is scheduled to be played at Sheikh Zayed Stadium in Abu Dhabi.

What Next In The IPL?

Rajasthan Royals are positioned fourth in the IPL 2020 points table with two wins and one defeat in three games. They lost their last game against KKR after consecutive wins against KXIP and CSK. In both of those games, they put up a score beyond 200 runs. So, they will be a hard challenge to compete against.

Virat Kohli himself came under fire for his poor batting display so far. He scored a total of just 18 runs in the first three games. He will take this fixture to shut the critics in style by putting on a good show with the bat.

On the other hand, AB de Villiers will look to continue his fine batting innings to start off RCB’s dominance in the game. The now-retired player from international duties has two fifties in three games with an individual total of 134.

Scott Styris Makes His Prediction About The IPL 2020 Season

Here Is How The Chennai Super Kings Can Still Qualify For...