Virender Sehwag, former Indian opener, recently slammed the Chennai Super Kings batsmen following yet another disappointing display that saw the Men in Yellow debacle another run-chase. Virender Sehwag has always been a flamboyant and outspoken personality. Both as a cricketer and as a commentator. We saw yet another instance of his outspokenness as he commented on the CSK batting conundrum against KKR.

Viru said in the Cricbuzz live show, “It should have been chased down. The dot balls played by Kedar Jadhav and Ravindra Jadeja did not help. In my view, some of the Chennai Super Kings batsmen think of CSK as a government job, whether you perform or not, they know they will get their salary anyway.”

Chasing 168 runs, CSK looked to be on the verge of winning the match and thus register their second win of the season easily. Shane Watson’s half-century had given CSK’s middle order the required platform of 90/1 (10 overs) to carry on their explosive start. 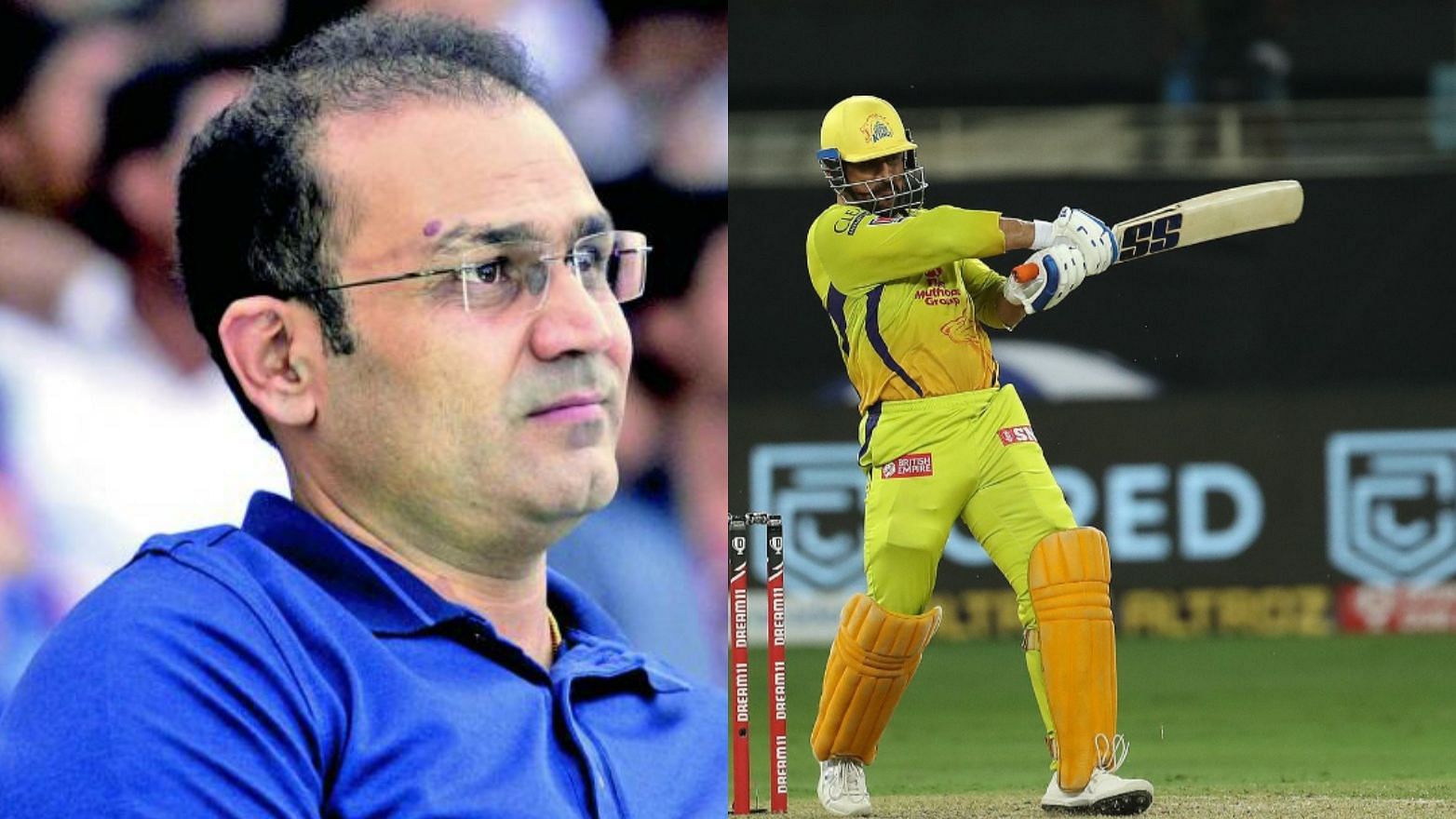 The Story Of The Game

CSK’s middle order, however, somehow managed to bottle the match with a stale and lacklustre performance from Ambati  Rayudu (30 of 27), Kedar Jadhav (7* of 12) and Mahendra Singh Dhoni(11 of 12). Even after Dhoni was dismissed, the match looked very much in CSK’s favour. Kedar Jadhav’s painstaking seven out of 12 balls seemed to kill the fervour of the run chase and Chennai Super Kings could manage only a mere 67 runs in the last 10 overs.

The weak and dead middle-order has till now been the villain of CSK’s journey of IPL 2020. Virender Sehwag, therefore, sarcastically critiqued the CSK batsmen. He did so by saying that some of the CSK batsmen think of their place in the side as a government job. A job where they know that even if they don’t perform, they know that they will get their salary anyway.

Virender Sehwag added that according to him, the KKR skipper Dinesh Karthik had simply outsmarted MS Dhoni in the match. This was by the tactical use of  Sunil Narine.

As Narine was looking fatal after taking Shane Watson’s wicket, Dinesh Karthik held back Narine. Thus leading MS Dhoni to attack Varun Chakravarthy in the 17th over which ultimately led to his fall. “Mahendra Singh Dhoni calculates all the time which bowler to target and which to leave. MS Dhoni usually does not play shots like that in the 16th over. Maybe because Narine’s overs were left, he was obliged to change his strategy and take the risk against Varun Chakravarthy in the 17th over.”

This was not the first time that Sehwag slammed the CSK middle order. A few days back, after CSK’s match against Delhi Capitals, Viru tweeted targeting the CSK batsmen, “Chennai ke batsman simply not getting going. Glucose chadwaake aana padega next match se batting karne.”

His comments were heavily criticized by the CSK fans. However, it can be said that there is some truth in his comments after all. The Chennai Super Kings team is seriously under-performing. They really need to improve if they want to make it to the playoffs this season.

Quarantine And Chill: The Multiple Transitions Of MS Dhoni And His...