Manchester United star Ashley Young has signed a contract extension with the Premier League giants which will keep him at the club for another year. The English defender has received his fair share of hatred from even his own section of Manchester United fans but will now be at the club until the summer of 2020.

It’s been quite the rollercoaster ride for Manchester United fans this season as they have had their share of tops and turns. The Premier League outfit was in a difficult spot at the start of the campaign when Jose Mourinho was in charge of the club. The Portuguese manager had instilled his defensive philosophy into the Manchester United players and his football was unattractive and boring, something that United fans are not used to seeing from their teams. Mourinho was a man to get results but that dire football wasn’t even bringing him the desired points and it was only a matter of time before the ‘Special One’ was parting ways with the club.  A humiliating 3-1 loss against fierce rivals Liverpool in December was the last match that Mourinho was in charge of as Manchester United manager. 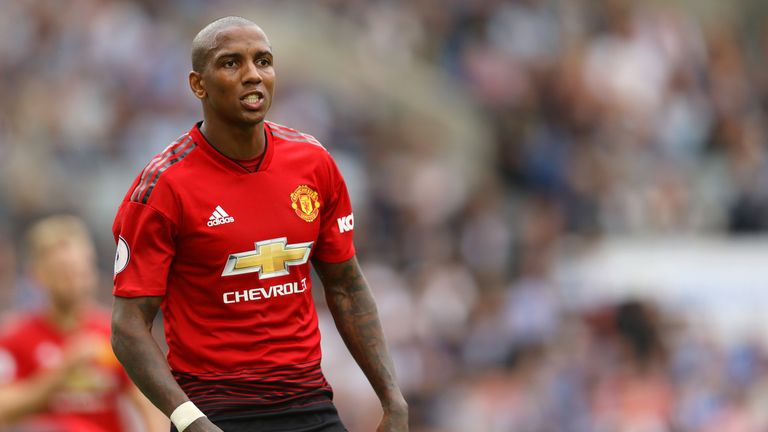 However, since Mourinho’s departure, things have turned around as United hired former Manchester United star Ole Gunnar Solskjaer as interim manager to bring stability at the club. The Norwegian has done quite a fantastic job at that. Solskjaer has won 10 out of the last 12 games in charge as Manchester United manager and brought the smiles back at Old Trafford once again. A recent 2-0 loss to Ligue 1 champions Paris Saint Germain last week in the Champions League Round of 16 was the first time that Solskjaer tasted defeat as Manchester United boss. However, despite a tough run of fixtures ahead this season and a task at hand, Solskjaer has tied down one player that has improved tremendously under his reign.

Ashley Young signed a new contract with Manchester United, the club confirmed on their official website. The veteran defender had only a few months left on his previous deal which was set to expire in the summer but has now extended his stay with the 20-time champions for another year.

Young arrived at the Red half of Manchester from Aston Villa back in 2011 and has made an astonishing 227 appearances for the Red Devils. In eight seasons with Manchester United, Young has netted 17 times for the club and notched up 42 assists as well. Primarily a winger, Young adapted to life as a wing back and now even as a make-shift fullback who can operate on either side of the pitch.

Throughout his later years at the club, Young has received plenty of abuse from fans at United but solid performances under Solskjaer saw the 33-year-old being handed the captain’s armband. Young has also won the Premier League title in 2012-13, the FA Cup in 2015-16 and the League Cup and UEFA Europa League in 2016-17, which is quite an impressive resume.

Not The Best Call?

Young isn’t “young” anymore and there is a need for new blood. Hence, giving him this contract extension might be taking away chances from some of the new upcoming talents, who can establish themselves in the first-team instead. It is not a decision that I support, but what can be even done now.

The “Special One” Has His Say About Liverpool’s Clash Against His...