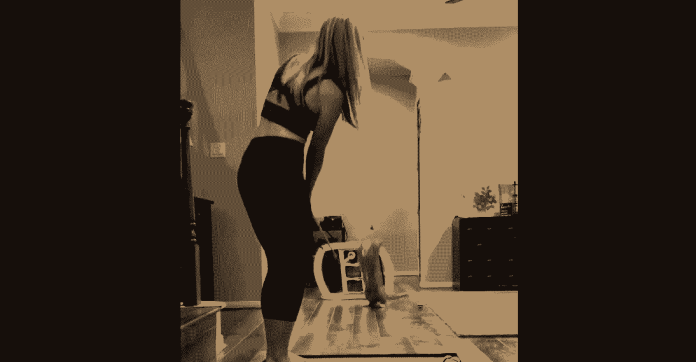 What Stunning Catches!! Animals are really the closest friends to humans. They care for you in the best way possible. Sometimes, it even amazes us how they can be so much caring. Moreover, they even perform some astonishing activities, which leaves us surprised. On many occasion, human train animals to do a certain task. The inch-perfect way with which they carry on the task even puts us in utter surprise. Recently, Australian cricketer turned commentator Dean Jones posted a video of a cat taking catches.

In the video, a cat was taking some breathtaking catches. Sometimes, even great fielders fail to take catches as clean as the cat is taking. The cat is timing its jump perfectly and perfectly stretching its arms. The cat takes all the three catches, thrown at him perfectly. It really surprised a lot of people and the video was immediately the talk of the town. In fact, it really started being shared around a lot when people actually saw it.

Jones shared the video and revealed that he has witnessed the worst fielders. This is also somewhat true. On some occasions, even fielders make silly mistakes and drop the easiest of catches. However, the smart cat grabbed all of them.

Dean Jones also wrote in the caption of the video, “I have seen worst fielders I can assure you! #whatacatch #gothim.” The video became viral and more than 8 lakh people saw it.

Harsha Bhogle was also in awe with the whole video

Even, Indian commentator, Harsha Bhogle was in awe of the cat’s display. Moreover, he liked the second catch the most and commented on the video. “That second catch!” Bhogle responded to the video, as he sang the praises for this kitty.

Really impressive, as it caught the attention of a lot of former cricketers as well. This is the first time that they decided to join into the fun as well. Everyone on social media had a laugh and the video really went viral. Finally, some off-the-field action got a lot of attention.

Even some of the Chelsea and Manchester United fans were in awe of the cat’s antics. They also jokingly told that the cat has in it the ability to replace the current goalkeepers Kepa Arrizabalaga and David de Gea. The due is not in a good form and that affected their team badly. It has cost them some crucial points this term.

Both teams are considering replacing their first-choice keepers with new faces. The transfer market is upon us and hopefully, they can sign the cat. That would be really epic.

A fan went the extra distance by comparing the cat with an all-time great fielder, Jonty Rhodes. We all remember Rhodes for his extraordinary fielding abilities. There have not been too many players that can match his abilities on the pitch. Though they have tried hard, there is only one Jonty Rhodes.

He was the first and he was just special. No denying that and no arguments about that either. These stunning catches must have really taken people down memory lane. What a catch!!