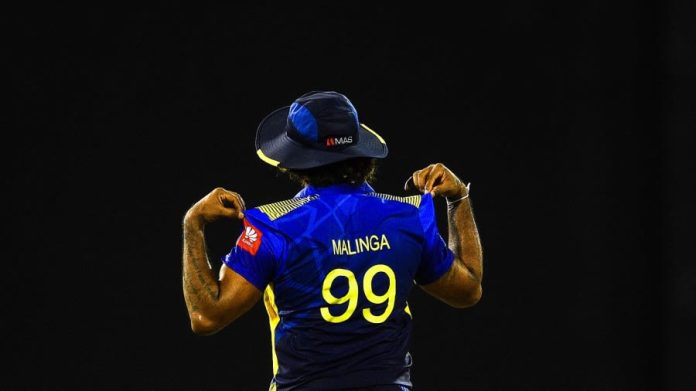 The Mumbai Indians Story- Lasith Malinga has chosen to retire from all forms of cricket after an illustrious career in the sport. On Tuesday, September 14, the Sri Lankan fast bowler declared his retirement from all forms of the game. He expressed gratitude to each of his T20 franchises for which he played during his career.

Lasith Malinga’s name is linked with Mumbai Indians in Twenty20 cricket. The 38-year-old pacer has never played for a team other than the five-time winners in the IPL. In the inaugural season of 2008, the franchise purchased him for the first time. He was ruled out of the next season, but returned to the team in 2009.

What Did The Mumbai Indians Pay Homage To The Fast Bowler?

He had been a regular part of the franchise since then, up to the 2020 season. Appeared in 122 IPL matches for Mumbai and was a part of four of the franchise’s five victories. He has also amassed a record 170 wickets for them. The Mumbai Indians hailed the renowned bowler for his contributions as he announced his retirement.

“From crushing batsmen’s toes to getting lifted on shoulders, Mali achieved everything in T20s. As he announces his retirement from T20 cricket, we just have three words to say – Thank. You. Malinga.,” the Tweet from the official handle of the IPL champs read.

From crushing batsmen's toes to getting lifted on shoulders, Mali achieved everything in T20s. 🙌🔥

Malinga thanked the Mumbai Indians for their support in a video announcing his formal retirement from T20 cricket. The Mumbai Indians’ social media staff responded to Malinga’s post by reminding supporters of the legendary shouts that filled Wankhede Stadium in Mumbai during the franchise’s home games.

Thank you Mali for all the memories! 💙 https://t.co/is0hyXpF2q

Lasith Malinga will retire as the league’s all-time leading wicket-taker. Amit Mishra is second on the list with 166 wickets, but Malinga’s stats are incredible. He also wore the purple cap during the 2011 season, when he took 28 wickets in 16 games.

What Next For The Reigning Champions Of The IPL; As The Second Phase Of IPL 2021 Starts From The 19th Of September?

The champions of India (IPL) are in fourth place at present. They can really put in a few good performances and rise to the top of the table once again. Some of the key players in the Mumbai Indians’ squad were out-of-form in the first half of the IPL 2021 season. That could not be so different and if they get the right combination going, Rohit Sharma and co. could once again be favourites to win the tournament.

The team from Mumbai restarts the campaign against CSK. Both teams will be competing for the title this season. Whichever team wins this match will build all the momentum heading into the second phase of the competition. It will be a great game to watch, with the two most successful captains in IPL history facing off against each other. Let’s wait and watch if the Mumbai Indians can come out on top in this match or not!!

Yuvraj Singh Once Again Shows Why He Is A True Legend