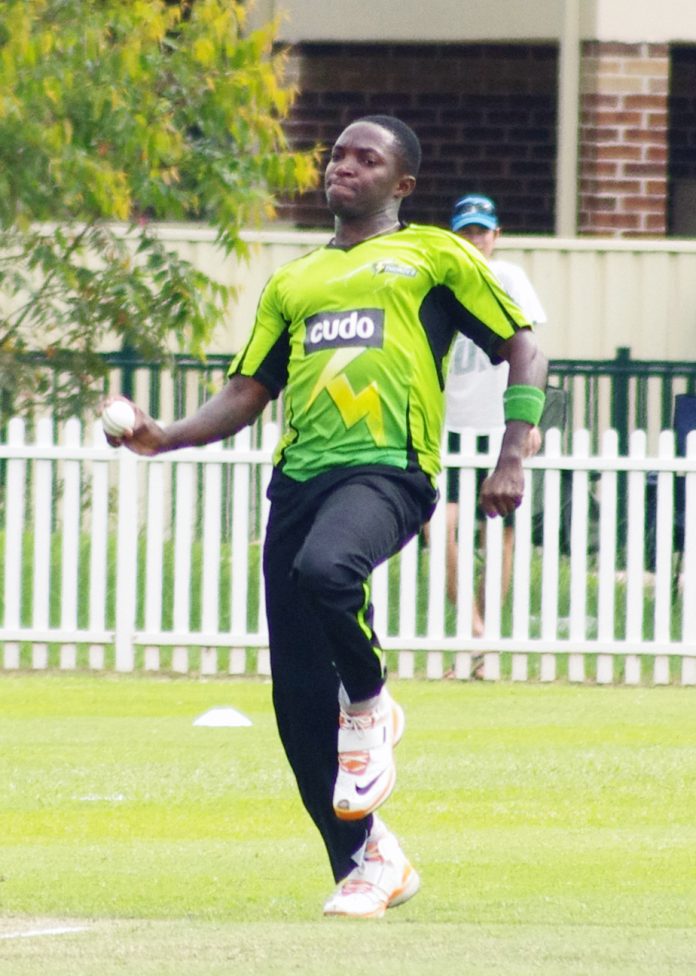 The West Indies has produced some of the best pacers of all time. They have dominated world cricket with the help of some of these bowlers. One such brilliant pacer over the years has been Fidel Edwards. The attacking fast bowler has bowled some brilliant spells across his career, that has helped his team win some great matches.

The West Indian fast bowler has dismissed a lot of top bowlers over the years. Though his career has seen its ups and downs, with injuries and poor form at times, the guy is a beast. His pace and intensity makes him one of the most feared pacer of the modern era.

Fidel Edwards has a bad habit of producing some moments of magic at times. Such was the case in a video that had gone viral. It truly showcased his ability with the ball and the fierce nature of his bowling. He was just an athlete who could take wickets at will on his best day.

Such was the video of a brilliant wicket taken by the pacer in a game. It was just an unplayable delivery and the batsman was left clueless. He had no answer to the delivery and ended up beaten all ends in.

What a beautiful deliver. Any young fast bowler watching at home would have absolutely loved it. This makes a young kid aspire to become a pacer and be part of the beautiful game of cricket. What a delivery!!

Will Fidel Edwards Be Making His Return To The West Indian Team For The Upcoming T20 World Cup?

After making a return to the West Indian team after eight long years for a T20 game, Fidel Edwards’ next target would be the T20 World Cup this year. Even if he is not going to be in the playing eleven in every match, he would want to be part of the squad and leave his mark on the tournament for sure. There is no doubt about his quality and class, with regards to his bowling. However, the major concern at the age of 39 will be the fitness of the player. Often, athletes that are above the age of 35 face problems with their fitness and mobility. Though that does not seem to be the case at this point in time with Fidel Edwards, it will be interesting to see whether the West Indian board is ready to take that risk or not.

Also, they will be probably thinking hard about being serious contenders in the tournament. Will it be a smart choice to take Fidel Edwards or will they prefer to have a lesser-experienced yet younger fast-bowler, who will be an asset to the team in the long run. All these questions and more will be answered once the teams are announced. It will be interesting to see which players are included in the squad and which ones get left out.