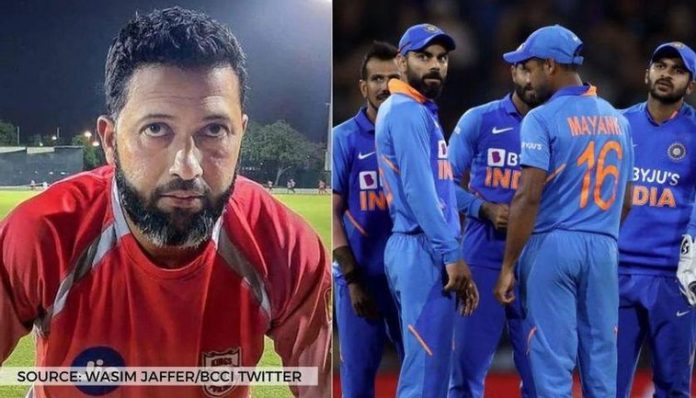 Wasim Jaffer is one of the famous names on Social Media. The ex-Indian cricketer pulls a lot of traction on anything that he does. Whether its his Twitter posts or the interviews that he gives, the fans just love him and have a laugh most of the times. He has very few haters online, who actually don’t enjoy what he does.

Any hot topic that Wasim Jaffer gets into goes over-board and becomes a talking point. Keeping that in mind, he recently posted more stuff on his Twitter timeline.

The Video That Wasim Jaffer Shared That Left Everyone In Splits

The IPL 2021 tournament was suspended due to the emergence of a few Covid-19 cases within the various franchises taking part in the tournament. As a precaution, the BCCI and the IPL Governing Council decided to take a short break from the tournament. That too, just until things would get sorted out. They were hopeful that the conditions in the country would improve.

However, with the situation being not that great so far, the tournament could be relocated. A new venue and a return date is yet to be officially announced. However, things are looking good for the cricket lovers.

Watch: Wasim Jaffer And Michael Vaughan Have A Go At Each Other

Keeping this sudden break in mind and the stoppage in cricket, Wasim Jaffer recently shared a video that suggested a drastic drop in the levels of Indian cricket. As per him, it was due to this break and the monsoons. Twitteratti, as always, found this very funny and it went viral.

When cricket resumes in India after monsoon and lockdown 😛 #ClubCricket pic.twitter.com/tv63Z5Ib8h

The Indian fans will be hoping that ideally the players are in good shape. They will want to see some good cricket when it indeed does resume.

Why Is It So Important To Maintain The Proper Level Of Cricket?

This year is going to be really crucial for the Indian Team. That is with the World Test Championship coming up, which will be followed by a bilateral series between India and England and eventually the T20 World Cup, apart from the remaining of the IPL 2021 tournament. For this purpose, the teams and their players need to be in great shape for the remainder of the season.

That is if they are seriously keen on winning the international trophy, which could be held at a new venue. The ICC and BCCI are working on finalizing things. As of now, a change of venue looks imminent. However, we will know more details about the same, in the days to follow.

Wasim Jaffer will also be hoping that IPL resumes soon. The Punjab Kings will want to leave their mark on this season’s tournament as well. They had been playing decent cricket in the current edition of the IPL, before it was interrupted. The team from Punjab will be keen on making it to the playoffs this time if not doing better. Let’s wait and watch what happens in the weeks to come.