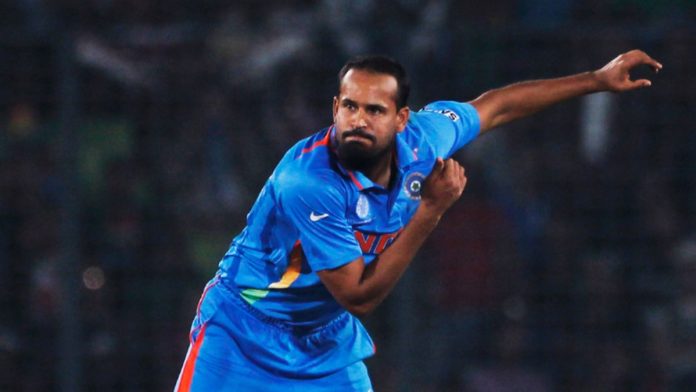 The 2020-21 Road Safety World Series recorded a very funny umpiring decision. It was one of the worst ones ever seen in quite some time. The only thing that didn’t give it too much attention is the fact that it was in a non-international game. Yusuf Pathan was the bowler who got Zander de Bruyn out LBW. However, the decision should have been clearly a “not-out” as the ball was missing the wickets by a mile.

Despite that, for some reason, umpire Sanjay Hazare decided to give it out. The fans and commentators were shocked by this call. No one understood how the umpire thought that it was out. Even the bowler, Yusuf Pathan was bemused that the decision went in his favour.

The Video Of Yusuf Pathan That Went Viral After The Decision; As He Tried To Control His Laughter

The decision to give Zander de Bruyn out was so funny that no one could understand it. Even Yusuf Pathan could barely control his laughter and had to react to the situation. He put his hand on his face to cover his emotions. However, the camera was quick enough to capture it and the video started trending.

It is seen often these days that such moments go viral. The fans on Twitter and other Social Media platforms really tend to share things around. That was once again the case this time. Despite that, it would have been so embarrassing for umpire Sanjay Hazare.

Not his best decision for sure. One of the worst ones that a lot of fans would have seen. Ideally, the need for DRS is clear now. It has changed the game and if the current tournament had it, such a bad call could have been avoided for sure. 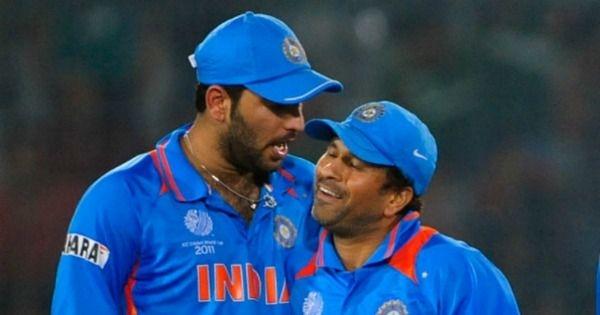 Sachin Tendulkar And Yuvraj Singh Rolled Back The Years In This Game; As India Legends Beat South Africa Legends

It was a good hard-fought contest between the two teams. In the end, it was the India Legends that managed to defend the target of 205 set up them. The South Africa Legends could not score the runs needed in their 20-overs. It was an easy 56-run win for the home side.

Yuvraj Singh was the Player Of The Match, as he put in a game-changing performance. He scored an unbeaten 52, while Sachin Tendulkar got a well-deserved 60. There were a few more contributions by the players all around and the team played as a unit. However, it was just a solid performance by India Legends and they were always dominant in the match. Their opponents didn’t really have a chance to win the match.

Despite that, the highlight of the game on the night was the poor umpiring call, in terms of getting all the negative attention. The fans will want to see better quality umpiring in the upcoming weeks. To add to that, a poor call can really kill a game. That is something that would not really make anyone happy, even the fans of the winning team. Hopefully, the level of umpiring is looked into and without DRS, such things do not happen. That is, again, despite it not being a tournament at the international level.