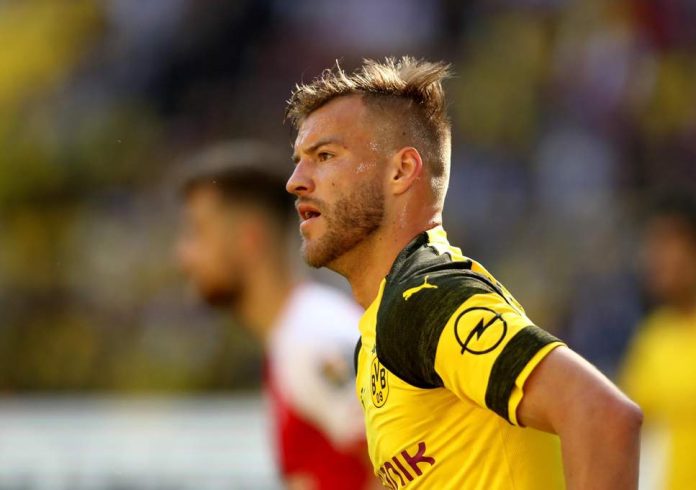 West Ham United have completed the signing of the star Borussia Dortmund centre forward  with a transfer fee worth £17.5m in this summer transfer window. Andriy Yarmolenko is going to be one of the top signings of West Ham United in the next season. Under the management of Manuel Pellegrini, West Ham United are going to build a strong squad which will be threatening for the big guns in the Premier League. The East London club has already completed the signing of the star Arsenal midfielder Jack Wilshere earlier in the summer transfer window.

The combination of Andriy Yarmolenko and Javier Hernandez is going to be a deadly one for the East London side in the next season. Also, they will get adequate ball supply from Marko Arnautovic, Jack Wilshere and Manuel Lanzini. The 28 year old Ukrainian winger is going to begin his career in a new mode from this point of time. Andriy Yarmolenko has signed his first professional contract for Dynamo Kyiv in 2007-08 season. The Ukrainian International footballer has scored 137 goals in 341 appearances for Dynamo Kyiv in his whole career at that club.