Liverpool were handed another defeat right after their Premier League defeat against Manchester City. This time Jurgen Klopp’s side lost 2-1 against Wolves and were knocked out of the FA Cup in the third round. Raul Jimenez and Ruben Neves scored for the Wolves whereas Divock Origi scored the only goal for the Reds.

The German tactician started with a younger side something which is speculated to be a part of his plan. Klopp tested his bench strength and some of them fared really well and repaid the trust shown by him. But the end result meant it was Nuno Espirito Santo’s side who prevail on the night as the Wolves won 2-1 and progressed to the next round of the FA Cup.

Here are some of the talking points from the match between Wolves and Liverpool:

Klopp allowed youngsters to shine on the big stage

The German tactician rested some of his crucial players and allowed players like Curtis Jones, Rafa Camacho and Ki Jana to make their senior team debut. Camacho filled in the right back position and will get game time more often as Nathaniel Clyne has been loaned out to Bournemouth. Jones was slotted in the left flank in midfield.

The Portuguese youngster was commendable on the night going up and down with proper stability and also whipped in some crosses to create opportunities for the Reds. Jones also had his task cut out as the midfielder was needed to track down deep and help the others defensively. All in all, it was a commendable performance as the youngsters performed better than the seniors.

Players like Naby Keita, Xherdan Shaqiri, Daniel Sturridge, Alberto Moreno and Divock Origi all featured in this game and no of them came up with a half commendable performance to turn the fixture around. It was too poor from the senior experienced members of the team which clearly shows the reason why the Reds lost. Origi did score a goal but apart from that, he had zero impact in the game the same can be said for Sturridge. Naby Keita who is known for his passing and possession play in midfield gave away the ball way too many times allowing Wolves to set the game on their pace.

It was an opportunity for the experienced rotational players to find their feet and prove Klopp why they deserve to be in the team. But sadly it was a night full of failures for these players as Klopp seemed helpless standing in the touchline. 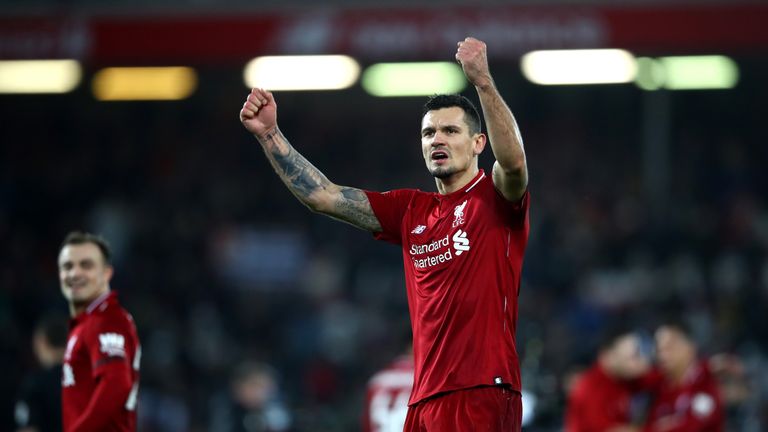 Also, Dejan Lovren who was one of the last defenders Klopp had in his disposal other than Van Dijk also fell prey to injury within two minutes of the game. Now it will difficult for the German tactician to set up his backline.

This can be a major strategy from Jurgen Klopp as the Reds have a considerable thin squad and with Premier League matches coming thick and fast along with their round of 16 ties against Bayern Munich, it was clear that he sacrificed the FA cup this time. The German tactician’s goal must be to capture the Premier League and end Liverpool’s long-lasting drought. However, things won’t get easy from here as Manchester City are just a slip away as the Cityzens have themselves cut the difference to only four points. So Klopp must be extra cautious and set his teams accordingly. However looking at the flip side of it the FA Cup could have been a trophy he could have won and surprised his rivals. But it comes down to priorities in the end and for now, it seems that the German is looking to win the much coveted Premier League title.