In recent years, the Manchester Derby has become one of the most cherished football matches all over the world, and India is not far behind. Though predominantly a cricket-loving nation, many Indians nowadays take a huge interest in football and matches like the Manchester derby is watched with absolute enthusiasm as the fans are divided into Blue and Red. The celebrities also don’t hesitate their love for their favourite club, especially when it comes to supporting either Manchester United or Manchester City. One such is the ex-Indian cricketer turned politician Gautam Gambhir, who showed his support for the Red Devils, who edged past their “noisy neighbours” in the recently concluded Manchester derby, winning it by 2-1.

Showing his support for Manchester United, the southpaw from Delhi took to the social media platform twitter and let his feelings get known. The ex-Indian cricketer Tweeted,

His tweet revealed that the 2011 World Cup winner is a Manchester United fan. Gambhir’s tweet was taken in the spirit of the game by a number of his fans who also let their reactions flow on the social media platform through their reactions on the post. Here are a few ones that worth mentioning.

Manchester was always and will remain Red .Blue temporary Red is forever.

The aforementioned tweets show how the football frenzy has actually affected the celebrities as well as the common people of India and that too in a positive way. Apart from Gambhir, his former teammate from the National team, the legendary captain-wicketkeeper MS Dhoni is also known for his love for the Reds of Manchester. He is one of the most prominent supporters of the Red Devils for quite some time now and it’s Gambhir’s turn to show the same support for the side he supports in the English Premier League. 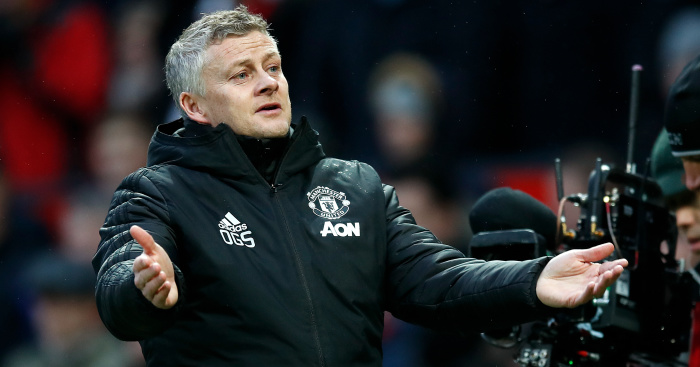 The Red Devils, who have had a disastrous start to the 2019/20 season, seem to be making their way back into the league with back to back wins against two of the top six teams in the Premier League. Ole Gunnar Solskjaer’s men got the better of Tottenham Hotspur in their last match before the Manchester derby, beating them by a similar margin of 2-1 as they did against their bitter rivals from the other side of the city of Manchester last Sunday.

This result takes the former Premier League champions up to the fifth place in the Premier League table with 24 points from 16 games. However, with important matches against Everton, Watford, Newcastle United and Burnley coming up in the Premier League, the Red Devils won’t get much time to sit back and relax as they will look to climb up the ladder as much as possible.

Marcus Rashford: Will He Play A Crucial Part In The Manchester...