Liverpool naturally had a lot of the ball, but Plymouth keeper Luke McCormick was not overworked. Even the late appearance of Daniel Sturridge, Adam Lallana and Roberto Firmino could not create the openings as the heroic Plymouth defence stood firm to keep the score at a respectable 0-0 draw at Anfield in the 3rd round of the FA Cup.

Jurgen Klopp had played the youngest team in the Reds’ history but they were unable to break down the stubborn visitors, who earned a well-deserved replay. At 21 years and 296 days this was the youngest average age for a Liverpool side.

Ben Woodburn, who had already made his name in the history books as Liverpool’s youngest goalscorer, almost tricked his way to the opening goal on 18 minutes. Sheyi Ojo should also have done more with a close range header, but it was turgid stuff from the home side.

On the few occasions that Plymouth were able to keep possession – they did so more often in the second half – it prompted wild noises from their boisterous visiting fans.

Klopp was wise enough to keep artillery in reserve as his side looked to break-down a strong wall of defense for the opening goal. Sturridge, Lallana, Firmino and Wijnaldum were available on the bench, and the more the home teams passing was pedestrian and lacking imagination, the more likely it seemed they would be called upon.

Divock Origi had a goal ruled out when referee Paul Tierney adjudged he had fouled defender Gary Miller prior to firing past McCormick from inside the penalty area.

Plymouth worked Loris Karius for the first time in the game with Graham Carey’s ambitious 30-yard free-kick early in the second half.

Lucas Leiva’s shot from 25 yards was kept out by McCormick at the other end, but Liverpool were not creating many clear opportunities and that prompted Klopp to bring on Sturridge for Can in the 63rd minute and the England striker immediately came close as he shot just wide from the edge of the box.

Firmino and Lallana followed with 15 minutes left as the Anfield faithful felt uneasy, though a break-through would not come. Instead, the celebrations came from the Anfield Road end of the stadium.

Having selected a side to rest weary limbs in the midst of a hectic schedule,  Klopp ensured his side has at least one more game to negotiate in the FA Cup when they travel south for the replay as the Reds’ boss plan back-fired using a youthful team, majorly due to majestic rearguard action by Derek Adams’ Plymouth. 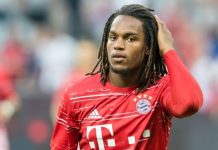