North East United defender Nirmal Chettri has made the switch to Goa FC for the next edition of the Indian Super League campaign, as it has been confirmed now. The 27 year old defensive superstar, who has previously played for East Bengal and Mohun Bagan made this move recently and this can surely give Goa’s chances of winning the title a major boost.

The player himself announced that he is now a Gaur in a recent video that he posted on his Twitter account, followed by which the club did the same and confirmed that the deal had happened. This is now a new trending way of doing things these days and the fans would have been delighted by the signing.

He joined his former club in 2016 and was sent away on loan to DSK Shivajians back in 2017, before making his return. However, it seems that things did not work out between them and he has now moved on with his domestic career.

The Indian international made his debut back in 2011 and has since then played 15 times so far. He is now the 4th player that the club has signed, meaning that they are really pushing on with things and want to be taken seriously as contenders.

After finishing in third place in the previous campaign, they went into the playoffs though they failed to get anything out of it. Despite that, they are trying to reinforce their squad now so that they can make a better impact and actually win.

He is a versatile player and that will be really beneficial for Sergio Lobera and his team, who have had some issues in the previous campaign as they lost out towards the end, though they did perform well and would have wanted more from the tournament.

With such quality stars coming on, things can only go from good to better for them and they will be hoping to make the most of the opportunities that they get now.

It will be interesting to see how fast the player can settle into the team, which has quite a few good players already. The fans of the club will be hoping that he surely does, as they will want their team to win titles. Let’s see whether that actually does happen or not in the upcoming term.

There might be some big moves taking place this time in the ISL, as a lot of big stars are expected to play in the upcoming edition of the tournament. It is growing day by day and this is really good for Indian football as a whole. The exposure that the young Indian players are getting of playing alongside these international superstars, will only enhance their play and make them better prepared for the future.

Indian football is doing great as a whole, which has been visible in the team’s form in recent times, winning the Intercontinental Cup at home and achieving really big things, it can be said. With more big names coming in this summer, only better things can happen now. 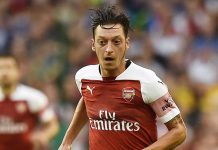 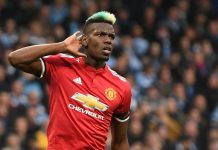