Rusev is very active on Twitter and likes to interact with his fans regularly on the platform. Over the weekend, he was interacting with the fans and was answering their questions. During the interaction, one Twitter user claimed that Rusev has signed a new contract with WWE and is going to stay with the company for the foreseeable future, to which the WWE superstar replied that he has not re-signed with the company.

Earlier this year, reports were circulating that Rusev had signed a contract with WWE, which put all the rumours about him going to AEW to bed. But, looks like that might not be the case. Dave Meltzer of Wrestling Observer Newsletter had also reported that The Bulgarian Brute is negotiating with the management over a new contract.

WWE have their stars on 5 year deals, and you just don't see how any of these guys are going to reach their potential. Rusev made a huge mistake re-signing. Thing is, outside of WWE, AEW is a new company and NJPW are growing here, but I can't see anyone making the waves WCW did.

Rusev is currently involved in a controversial storyline in WWE along with Lana and Bobby Lashley. The storyline has been slammed by critics and fans on social media for being to Attitude Era-esque and the TV ratings are also suffering because of the negative reaction. However, WWE’s YouTube channel is a completely different story, as the video involving this storyline is getting massive views. Maybe that’s the reason why WWE is continuing this storyline. The feud seems like a way to burry Rusev as he is coming out as a completely pathetic man.

The Bulgarian Brute has been one of the most popular stars in WWE for a while now. His “Rusev Day” gimmick along with Aiden English was the hottest thing going on last year, but the management never capitalized on it and continued to push him as a mid-card heel. He was even selling the most merch on WWE’s website, but all that effort went in vain as Vince never saw him as a worthy main-eventer. He spent the whole of 2018 in the mid-card without any note-worthy feud and his popularity naturally declined over time.

Rusev’s moment in the sun came in at late last December when he won the United States Championship against Shinsuke Nakamura in an episode of SmackDown. But, his reign never took-off as he lost the belt against Nakamura at Royal Rumble 2019 a month later. After that, he started teaming up with Nakamura for no apparent reason after the latter lost the United States Championship against R-Truth. Then suddenly they disbanded their team after WrestleMania 35 and Rusev vanished from WWE TV until recently when he showed up on Raw to join Team Hogan. 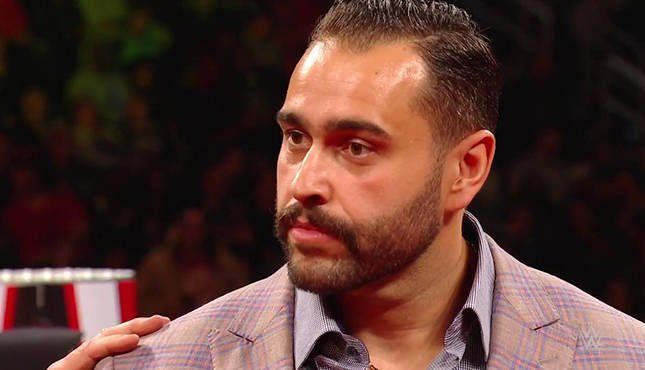 Rusev’s fan would want him to leave WWE and join a promotion where he will be used to his full potential. The creative situation in WWE is at an all-time low, with fans accusing the company of being out of touch with its current audience.

With the rise in competition in recent times, fans were expecting WWE to focus more on their product and for better storylines, but the management just wants to ride on their past success, hoping that people would continue to watch their product no matter what. That might not be the case anymore as constantly declining TV ratings and network subscriptions suggest that more and more people are tuning out of the product on a weekly basis.

India A Vs Australia A: Prithvi Shaw Snaps An ‘Unbelievable’ Catch...