The 2011 World Cup win has drawn a lot of attention from various sports personalities across the globe. Many have responded expressed their joy and jubilation remembering that epic win. The game versus Sri Lanka ended in a way for the hosts, India, in that tournament. One such name who also Tweeted about it was Indian cricket coach Ravi Shastri. However, Yuvraj Singh seemed to be disheartened after seeing the Tweet regarding India’s World Cup win in 2011.

Many Congratulations Guys! Something you will cherish all your life. Just like we from the 1983 group #WorldCup2011 – @sachin_rt @imVkohli pic.twitter.com/1CjZMJPHZh

In the reply of the tweet, Yuvraj Singh commented,

Thanks senior ! U can tag me and mahi also we were also part of it ?

As a reply of Yuvraj Singh’s comment, Ravi Shastri said,

When it comes to World Cups, you are no Junior. Tussi Legend Ho @YUVSTRONG12 ! ?

Yuvraj Singh did not like or re-Tweet the post. So, the conversation ended there. However, the way things have gone in the last few days, it is seeming that the World Cup-winning team members are not sharing a great bond with each other. Everyone wants their own recognition in the Cup win.

Gautam Gambhir was not happy with the Tweet of ESPN Cricinfo where they posted a picture of Mahendra Singh Dhoni hitting the last six of the epic Final between India and Sri Lanka. ESPN Cricinfo said,

#OnThisDay in 2011, the shot that sent millions of Indians into jubilation

Is this the single most memorable cricket shot ever?

According to Gautam Gambhir, all 15 squad members and team management were there behind India’s World Cup win. It was not won by a single man. Gautam Gambhir tweeted,

Just a reminder @ESPNcricinfo: #worldcup2011 was won by entire India, entire Indian team & all support staff. High time you hit your obsession for a SIX.

Certainly, it is indicating that Gautam Gambhir is not sharing a good bond with Mahendra Singh Dhoni nowadays. On the other hand, Ravi Shastri could have easily mentioned other members of the World Cup-winning team. However, he tagged Virat Kohli and Sachin Tendulkar.

Virat Kohli once told that the impact of the 2011 World Cup was not much on him as he was too young to feel the atmosphere. Certainly, these kind of statements are not acceptable from the point of view of an Indian captain. It is a proud moment for all team members to be a part of the World Cup-winning side. Many great players have not been able to achieve that feat. 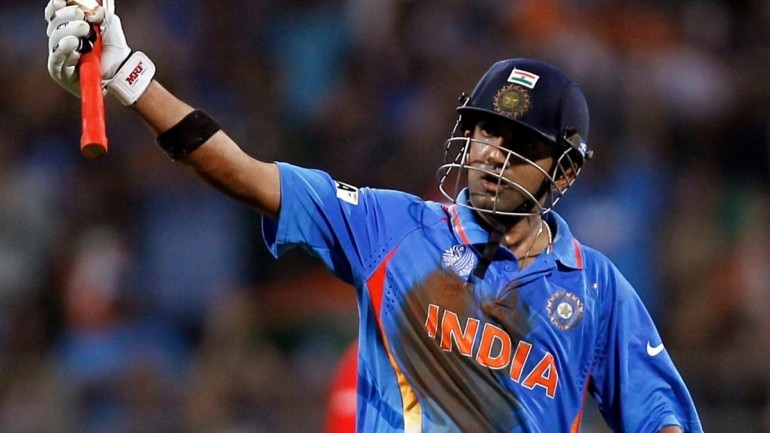 Currently, there is a confusion in the Indian dressing room regarding Mahendra Singh Dhoni’s comeback in the side. A few months ago, Ravi Shastri told that it would be difficult for Mahendra Singh Dhoni to make a comeback in International Cricket after taking a long break. So, it is understandable that the relationship between Ravi Shastri and Dhoni is not very much healthy at this moment.

On the other hand, Yuvraj Singh thinks that Ravi Shastri and the team management have done injustice to him. He passed the fitness test, but still, he was not considered in the Indian team. So, somewhere the unity of the players of the World Cup-winning team are at stake. However, the fans of team India will certainly remember the victory at Wankhede Stadium on 2nd April 2011 forever.