Yuvraj Singh is known for his humorous nature on social media. He likes to keep goofing around and have fun. On multiple occasions, he has trolled several of his former team-mates. The list includes his former skipper and now BCCI President Sourav Ganguly. Various times, Yuvraj has had fun at the expense of the former Indian skipper.

Whether it was to troll Dada for Dadagiri, when Brian Lara asked or to poke fun with regards to his promotional posts, the two-time World Cup winner has done it all. Not just on the pitch but off of it as well. He has surely made a good habit out of it and the fans are loving every moment of it.

The fans would also know that Sourav Ganguly is the brand ambassador of Ajanta Shoes. Recently, he had posted a picture (last year in October) of him, promoting the same.

Ajanta shoes .. comfort at its best

With that being said, Yuvraj Singh couldn’t help but comment once again. Ganguly had posted the picture with the caption, ‘Ajanta shoes..comfort at its best’.

It was a very stylish look, as one would expect. Ganguly trying his best to promote the brand on his Instagram id. To this, his former-team, who likes to have fun, reacted by saying-

Well, the player of the tournament of the World Cup 2011 does have a good sense of humour. He had previously done so, with Ravi Shastri’s Tweet as well about the World Cup win. It is something that the fans surely look forward to.

Though his father is always spitting out fire all the time, his son is rather happy with what he has. This was just another example of how Yuvraj likes to be known.

Ganguly doesn’t really mind Yuvi’s jokes and fun-filled nature. Even he tends to join in on the action at times. Meanwhile, the fans must be loving every moment of their off-field chemistry.

The former Mumbai Indians man made his debut under Sourav and played his first, 50th and 100th ODI under him. He player his 150th ODI under Dravid, 200th and 250th under Dhoni and eventually his 300th ODI under Virat Kohli. 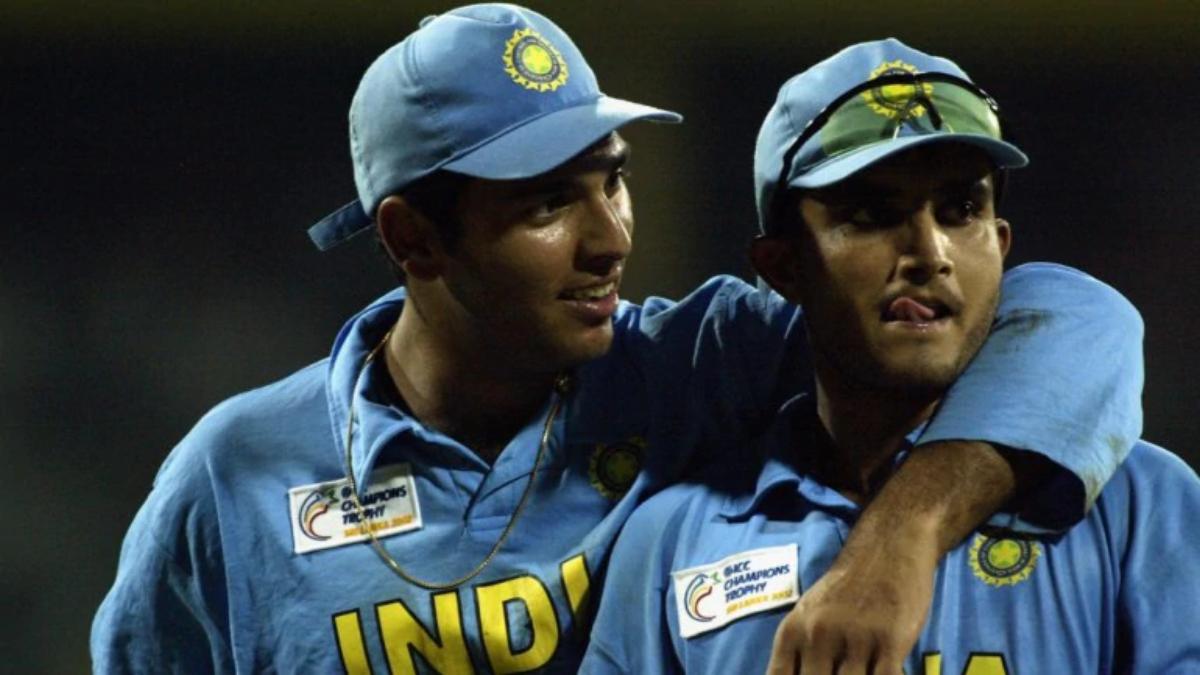 What Next For These Two Legends?

Such is the achievement of the man, who is now poking fun on the internet with his seniors. Many of the fans have been constantly asking for a match between the senior team and the current side. However, with the pandemic running loose, that will surely take time in the making.

Hopefully, we can see that match and many more such games in the recent future. The world will be hoping that his global pandemic ends and cricket resumes. The T20 World Cup that was supposed to be held this year, might be postponed as well.

The IPL already was indefinitely suspended and Ganguly and the board have not given any hints as to when it can possibly happen. The situation is tough and cricket might not be played again this year. Let’s pray and hope for the best. Meanwhile, our entertainers will always be out to perform. On and off the field, for sure!!