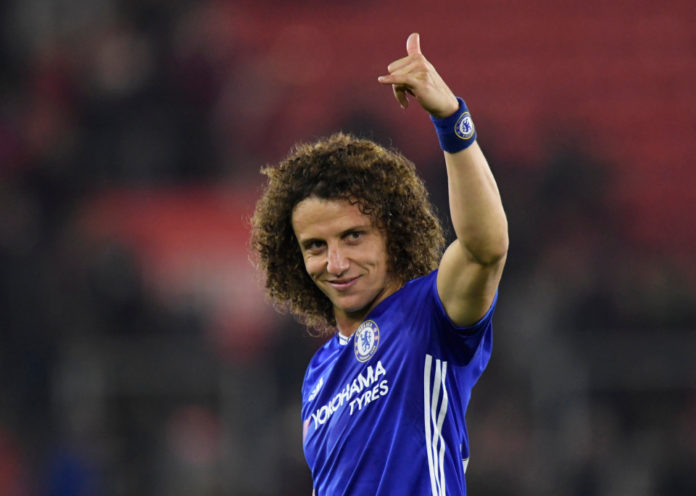 Former Chelsea star and assistant coach Zianfranco Zola has revealed that he is surprised with the west London club’s decision to let go of the veteran Brazilian defender David Luiz. The 32 year old centre- back played a major role in the backline for the Blues in the last term under the tutelage of Maurizio Sarri and also helped his side in their triumph in the Europa League. However, the Blues decided to let go off the central defender as the player moved to North London this summer to join Chelsea’s Premier League rivals Arsenal.

In a recent interview, Zola said that a player like David Luiz is a “leader” and Chelsea should have rethought their decision to let him leave. He also said that it was a very good transfer as far as Arsenal are concerned. The Gunners were keen for a centre-back and they got one with a lot of experience.

Luiz was not part of Brazil’s squad that won the Copa America title this year, after a wait of more than a decade. However, he is one player that adds a new dimension to the side and will do the same now, at the Emirates. Zola kept his emphasis on the fact that the player is a leader and that the north London giants really need one at present.

David Luiz has been an influential figure in the Chelsea lineup since his arrival at the club. He made 248 appearances for the Blues, scoring a total of 18 goals in the process. He also assisted his teammates 12 times throughout his decorated Chelsea career to prove himself as a true team player.

Speaking about the Brazilian ace, Zola said, “Last year, for example, he was very important for players like [Antonio] Rudiger, they were always looking up to him, especially for a team that is trying to play football from the back – like we were, and like Arsenal are. It is very important to have somebody who takes responsibility when he plays, very important.”

He continued, “I do not think there is anybody as good as him in breaking the lines from the back. He gets on the ball, he’s always got this passing in between the lines, or switching the play, he can make a big difference. For us, last year, he was very important. Considering what Arsenal need, it is a brilliant move because he is exactly the type of player they need.”

Zola concluded, “My first reaction was that something must have happened in the changing room because I could not see him leaving the club. They always gave him a big value for what he did in the changing room. [Gary] Cahill leaving was another one, another big voice, I didn’t expect him to leave.”

Chelsea lost 4-0 to their fierce rivals Manchester United in their opening fixture in the Premier League, while Arsenal faced off against Newcastle United in the first match of the 2019/20 season. David Luiz was expected to start in the back-line for the Gunners, though he was on the bench for this fixture.