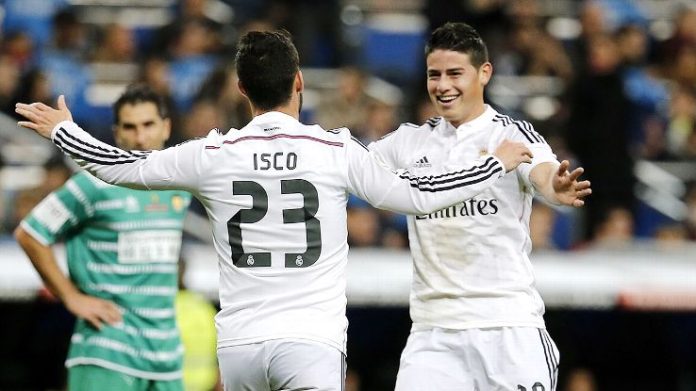 It has now been confirmed that former champions of England, Chelsea are keen on signing James Rodriguez, according to Sport. Though the Blues have already recruited N’Golo Kante and Michy Batshuayi this summer, would want to strengthen their squad furthermore. With a player of the Colombian’s quality, Chelsea would certainly be a force to reckon with.

The midfielder has not been a part of Zinedine Zidane’s plans at Real Madrid, which was clearly noticed by the limited starts the Colombian got under Zizou. This has left the 2014 World Cup star for Colombia, unsettled at Madrid and is looking for a move away from the Santiago Bernabeu. With the likes of Ronaldo, Bale, Modric already in the Real Madrid ranks, the Los Blancos would want to cash in on the midfielder’s transfer.

Chelsea and the Ligue 1 champions PSG have been keeping an eye of interest for the midfielder, the reports suggest Chelsea are more likely to sign the Colombian star. However, the Blues will have to break the club record fee if they have to land the midfielder at Stamford Bridge, whose asking price is tagged at about €70m.

Watching Rodriguez in a Blue lion’s Jersey will certainly excite a lot of fans from the bridge, but is a midfielder what Chelsea really need or is this an act of desperation caused by missing out on a number of transfer targets. Whatever happens next remains to be seen, many hopes will be on Conte’s Chelsea for keeping the blue flag flying high.