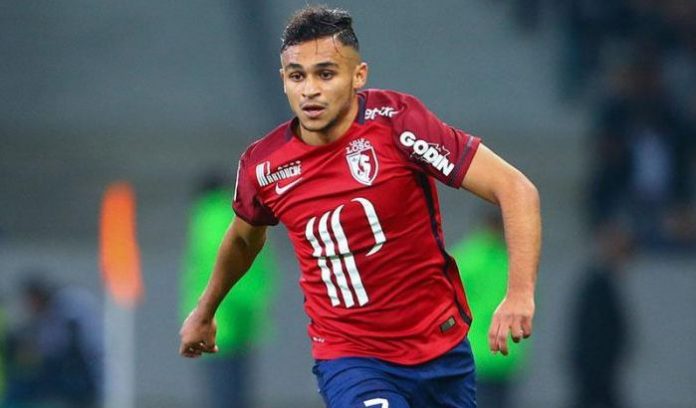 Chelsea and Spurs have been keen on acquiring the services of the Ligue 1 side Lille’s attacking midfielder Sofiane Boufal. However, the major interest has astonishingly come from their Premier League rivals Watford. Having already completed 4 major signings this summer, the Hornets look to bolster up their cavalry under the new manager Walter Mazzarri.

The 22 year old Moroccan international will provide formidable attacking input to whichever club that manages to claim his signature. He is a a versatile player capable of playing on the flanks, as well as in a more central role. His 27 first team appearances and 2 off the bench involvements yielded 11 goals and 4 assists for the French Club, before prematurely ending the season due to a knee injury. The midfielder is expected to be fully fit by September.

The Moroccan winger was signed by the Ligue 1 side from  Angers SCO in 2013. Having put in a plethora of match winning performances for Lille, he is on the radar of many big clubs like Chelsea and Spurs. Surprisingly, the first move has been made by Watford having made an offer of £12.9m for Boufal, according to France Football. But the French Club are fancying a bid in the region of £17.2m. The additional asking price might just tip off Watford from the race to land the talented winger, at the same time open the doors for bigger clubs like the Blues and Tottenham. Both the London rivals having made just 2 additions to their sides, might want to use the last remaining week of the transfer market to strengthen their respective squads.

Considering the Moroccan’s performances he looks a good bargain for the asking price and will certainly add to the agility up front. With so many clubs keeping tabs on Sofiane, it will be interesting to see where winger steps foot. Will the big money backed club bring him in or do the Hornets have something left in their tank to lay claim to this talented Moroccan and unveil him at the Vicarage road.