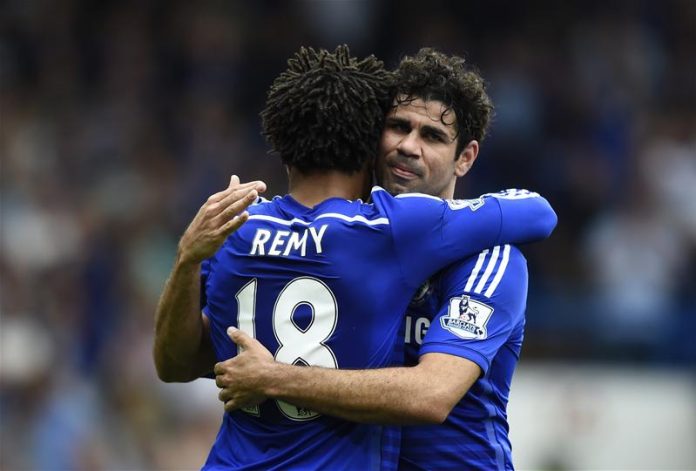 Chelsea’s Loic Remy is in advanced talks with Crystal Palace over a potential loan move.
However there is an option to make the move for the Frenchman a permanent one for a fee of £12m.  Remy’s best spell in Premier League had come under Alan Pardew at Newcastle, with the attacker scoring a tally of 14 goals in 26 games while on loan from QPR. Crystal Palace remain keen on James McCarthy and out of favour Liverpool defender Mamadou Sakho.

Loic Remy is discussing a season-long loan deal to Crystal Palace with the option to make the deal permanent for £12m.

The 29-year-old is surplus to requirements at Chelsea despite Antonio Conte wanting to add another forward.

He has been a target for several Premier League sides including West Ham but he is now set on teaming up once again with former Newcastle Unuted man Alan Pardew.

Remy enjoyed his most best spell in the Premier League under Pardew at Newcastle where he had found the net 14 times in 26 appearances while on loan from Queens Park Rangers.

Altough Palace are also looking at other options if they fail to land the frenchmen as they have also enquired about Lorient striker Majeed Waris while young striker Freddie Ladapo is due to join Oldham on loan on Monday.

Loic Remy had joined the blues in the summer of 2014 as Chelsea had activated is £10.5 million release clause and signed a four year deal, Since then he has made a total of 32 appearances scoring 8 times, Remy won the Premier league title in 2014/15 season with Chelsea  and the Football League Cup in 2015.