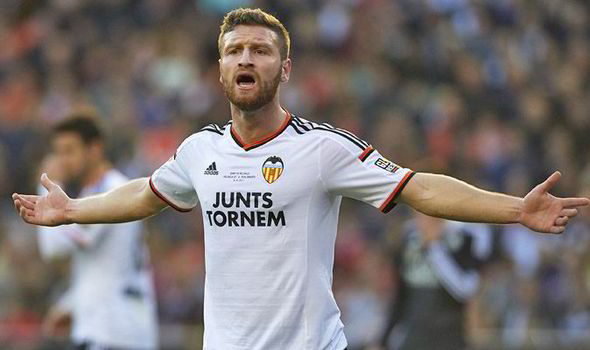 Arsenal are set to sign Valencia’s Shkodran Mustafi for a fee close to £35m. The German defender has been the Gunners transfer target whole summer long. However, the La Liga club had previously resisted numerous bids thrown at them by the premier league side. Arsene Wenger was under immense pressure to land a defender to emirates, after injuries to 2 front line defenders, Per Mertersacker and Gabriel.

The German international is not new to the premier league. He was a former academy player at Goodison Park. The defender played only one game for the toffees coming off the bench in 2009 in a Europa League clash. In 2012 the David Moyes coached Everton let the German centre-half leave to the Italian Club Sampdoria as a free transfer. The defender has come a long way since then, featuring in La Liga for Valencia and on back of a successful season earned a call for Joachim Low’s World Cup winning Squad and the Euro 2016 squad.

With the transfer of Mustafi and Perez looming close, Arsenal have finally made a statement in the summer transfer window spending nearly £100m. This will relieve the agitated club fans after suffering a shameful defeat in the season opener.

Talking about the deal Wenger stated, “I think they should both go through. They have both had medicals and we just have to finish the paper work.”

“It looks like it will be announced next week.”

With the signing of Xhaka, Perez, Holding and Mustafi Arsenal look complete on paper. Now the challenge will be entrusted on Arsene Wenger to marshal his troops in bringing the EPL trophy back to the Emirates. Lets give it time to find out if this really happens or will this just be another ‘qualify for the champions league’ season for the Gunners.