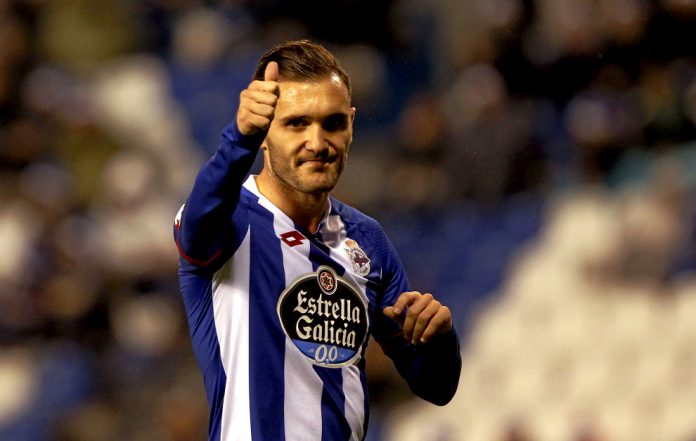 Arsenal have completed the signing of 27-year-old superstar Lucas Perez from La Liga outfit Deportivo La Coruna. The announcement of the move being completed is expected to be followed by the arrival of German centre-back Shkodran Mustafi from Valencia, as manager Arsene Wenger looks to reinforce his squad in the summer transfer window. Perez had a £17m release clause in his deal with the Spanish side, which was triggered by the north London giants.

The striker had scored a total of 17 league goals and added eight assists to his name in the previous campaign, which might have caught the attention of the Gunners.

However, Perez emerged as a late target for the French manager, after the Premier League giants were earlier linked with the likes of Leicester City’s Jamie Vardy and Lyon’sAlexandre Lacazette also in this transfer window.

Despite their best efforts, the deals did not go through, though the Arsenal manager is hoping that the forward can replicate put in his best performances this term.

Wenger told the club’s official website recently, “He’s not only a goal scorer, he’s a guy who combines well with partners, who can give a final ball and makes good runs. He’s got a good eye for goal and had an outstanding season last year.”

The duo will now be joining Swiss international Granit Xhaka, as the Gunners’ main signings in the summer transfer window and it does seem that Wenger might have finally filled in the voids within his squad.

The deals did cost the Londoners a total of £52m, with the club paying £35m for Mustafi and eventually making the club’s total spending over £90m this summer.

It is the most money spent by Wenger in a single transfer window and the fans would now hope that the team can win titles.

Danny Welbeck’s long term knee injury prompted the manager to sign yet another attacker, after the England international was said to be sidelined for another 5 months and Perez will now challenge Olivier Giroud for his place in the starting eleven.