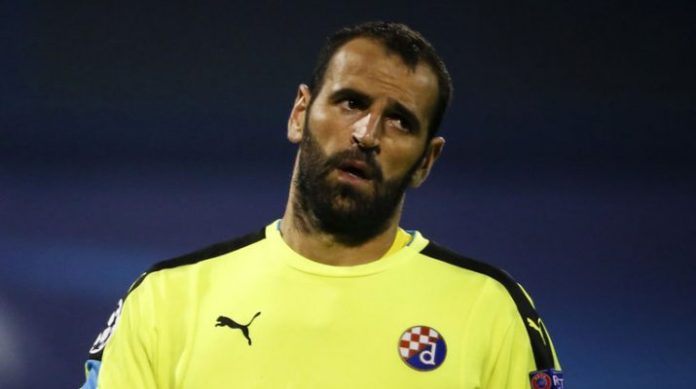 Eduardo said his final goodbyes to Dinamo Zagreb as has completed his move to Premier League giants Chelsea, with manager Antonio Conte looking to strengthen his current squad at Stamford Bridge. The goalkeeper has played his final game for the Croatian club, helping them secure a Champions League group stage spot last night against Salzburg.

Zagreb defeated Red Bull Salzburg 3-2 on aggregate after an extra-time triumph in Austria. Eduardo was strongly linked with a move to Chelsea for a few weeks now and even his manager at Zagreb, Zlatko Kranjcar, had admitted a transfer was expected anytime soon.

After their Champions League play-off triumph, Eduardo stated, “At the same time I am happy and sad. This was a beautiful story, but I got a chance to go to a big club.”

He further added about the move to west London, “It is the opportunity of a lifetime and I think I deserve it.”

“I am leaving Dinamo with the club qualified for the Champions League and I am thrilled with that success.”

The 33-year-old will add more quality to Conte’s squad and will play back-up to Belgian international Thibaut Courtois at the Bridge, which would mean that Asmir Begovic has no future with the Blues.

Many sources have already confirmed the news that Begovic could be all set to leave west London this summer, as he is not part of the new manager’s plans.

Conte knows the kind of players he wants in his squad, in order to make his side, the “champions of England” once again in the upcoming days. It will be interesting to see how well the veteran keeper will now perform in the top flight of English football.