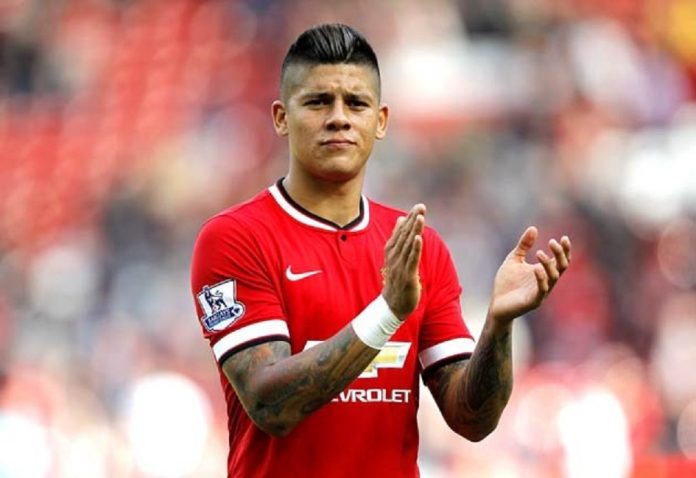 Mustafi finally completed his move to the Emirates on Tuesday night, after weeks of speculation linking the versatile defender with the Gunners.

Rojo has not been given any game time so far for the Red Devils under new United manager Jose Mourinho in the Premier League, as summer signing Eric Bailly continues to hold on to the first-team spot alongside Netherlands defender Daley Blind.

The 26 year old Argentina international’s agent recently stated that is client wants to remain at Old Trafford beyond the summer transfer window, though whether or not he will get regular game time totally depends on the Portuguese manager.

Valencia have have made up thier mind and want to sign Rojo as a replacement for Arsenal-bound Mustafi before Wednesday’s deadline day.

The defensive superstar is one of the centre-backs Valencia are looking at to replace Shkodran Mustafi. His wages at Old Trafford are said to be very high for the La Liga outfit, which could prove to be a stumbling block and might prevent the deal from going through.

Rojo has netted just one goal in 53 appearances in all competitions during his two seasons stint at the 20-time English champions so far.

The South American defender moved to United in a £16m deal from Portuguese side Sporting Lisbon two seasons ago.