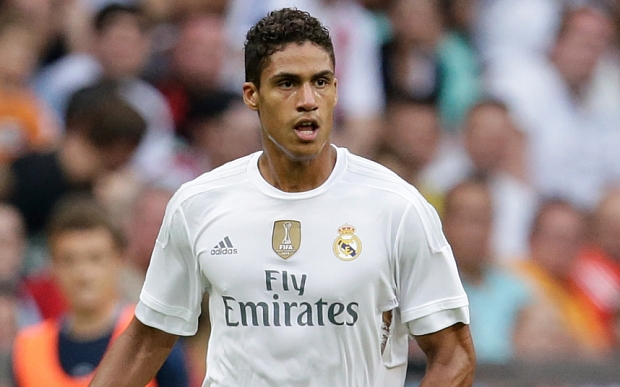 Manchester United were willing to double Real Madrid defender Raphael Varane’s wages in an effort to bring the Frenchman to the Old Trafford. United had offered Varane a whopping £165,000 a week to join United, however with Madrid do not want to sell the Frenchmen’s move was doubtful.

The 11 time European Champions had rated Varane very highly and were not willing to accept any offers for centre-back at any price especially this late in the transfer window.

With Sergio Ramos and Pepe inching forward towards the end of their glorious footballing careers, the La Liga giants only see Varane filling one of thier boots for many years to come and they appear to be firm and will not lose out the young superstar not to Manchester United.

The 23-year-old has been linked with a move to the theatre of dreams all of summer and with Mourinho said to be a long term admirer of the Frenchman especially from his time with the Los Blancos.

The Red Devils have had a wonderful and successful transfer market this season thus far bringing in the likes of Zlatan Ibrahimovic, Paul Pogba, Henrikh Mkhitaryan and Eric Bailly and if they sign Raphael Varane he would complete the Portuguese’s Old Trafford jigsaw.

It’s no secret that the Portuguese has been in the transfer market up till now on the lookout for a new centre-back and with Varane, Mourinho can fix the centre-back position problems for a very long time.

However, it has been confirmed now that the move will not be happening any time soon with the France international now dismissing the possibility of playing in England, after rejecting the big money offer.