Shocking! Liverpool Will Allow Winger To Leave Anfield This Summer 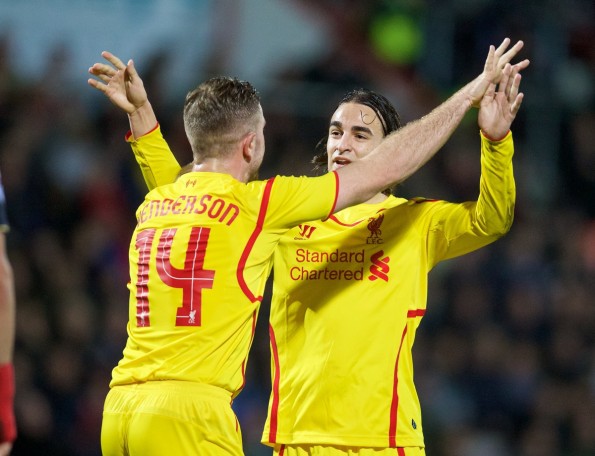 Out-of-favour winger Lazar Markovic will be given chance to prove his potential once again to Jurgen Kloop and save his career with the Premier League outfit. Markovic has been made available for loan as Liverpool are said to be considering offers for the attacker as transfer deadline day is approaching soon. The Serbian international winger has been unable to make a mark and is struggling to find a way into Jurgen Klopp’s plans following his return to the club this summer from a season long loan.

Markovic spent the 2015-16 campaign at Fenerbahce but did not get many chances due to his injury woes. The 22-year-old featured for the reds only in the pre-season friendlies but hasn’t made a appearance yet in the matchday squad in the opening three matches

With no European football to offer this season, Liverpool believe Markovic could benefit from getting regular play time somewhere else rather than staying at Anfield.

AC Milan are interested in signing Markovic, who has already been linked with a catalouge of clubs including Sporting Lisbon and Schalke.

Markovic had joined Liverpool from Benfica for £20m two years ago but has since then  struggled to justify that price tag. He scored only three goals in 34 appearances for Liverpool before leaving for Fenerbahce last summer.