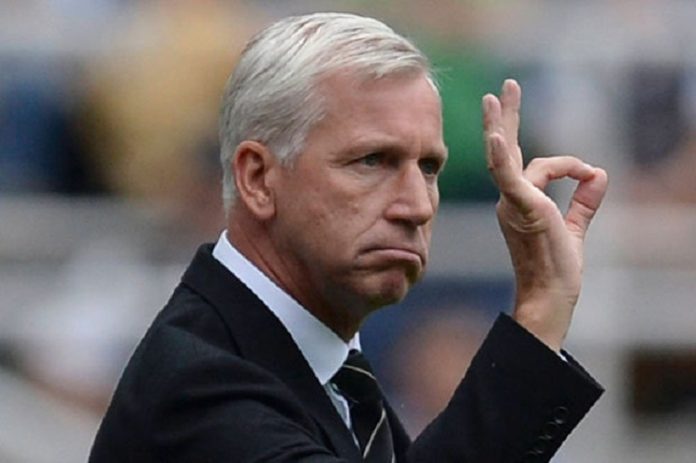 According to reports, Crystal Palace are all set to include former Liverpool man Christian Benteke’s younger brother, Jonathan in their current squad for Saturday’s clash against newly promoted Premier League side Middlesbrough. The young forward has been pushed up the pecking order at Selhurst Park now, due to the sudden injury to Frenchman Loic Remy, who has returned to his parent club Chelsea.

The former Newcastle man will undergo rehabilitation with the Blues and can hopefully recover as soon as possible and get back to action.

While the Eagles already paying a club record fee of £27m to sign Christian Benteke from the Reds, his 21-year-old sibling moved to England rather cheaply from Belgian club Zulte Waregem.

The attacker had scored just twice in 21 league matches for the club prior to the move and will now link up with his elder brother, which might help him learn a thing or two and grow in confidence.

The younger Benteke will now be forced to travel to Teesside with the team and will hope that he gets to have a go on the pitch, though Pardew also has Connor Wickham and Kwesi Appiah to feature up front if needed.

In a recent interview, the Palace boss expressed his confidence in the youngster and talked about what he expects from him, “I will be taking Jonathan this weekend. He is a young striker with natural talent, and they are not easy to find. This one was because of Christian, really. He highlighted him to us.”

The former Magpies manager further added, “We checked him out and liked the look of him. It was not a big fee so he comes here under no pressure. He is not up to his brother’s level yet, he would readily admit that, because Christian is a top-line player. But Jonathan is very enthusiastic and has settled in very well. Hopefully he might surprise one or two.”

Pardew has really come forward and praised the young attacker, who will want to live up to the manager’s expectations now and perform for his team, in the top flight of English football in the upcoming days.

Watching the Benteke duo combining will be interesting and we will have to see how things turn out for the club now, who will be looking to secure their first win of the new campaign at the weekend.