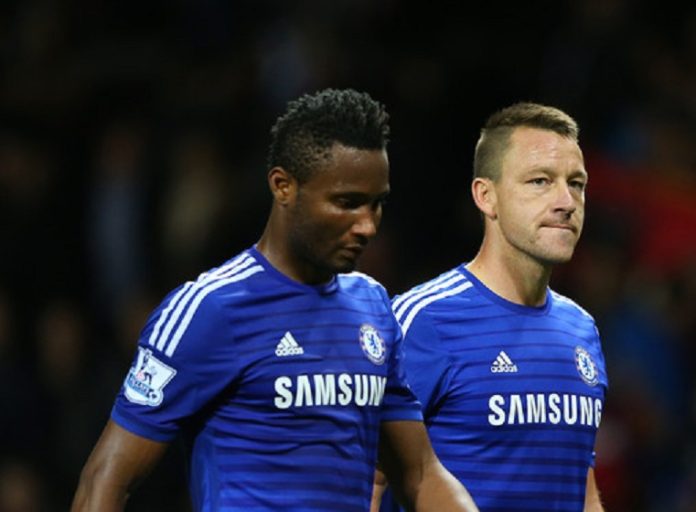 John Obi Mikel admits it’ll be difficult for him to get into Chelsea’s starting XI this season. The Midfielder who is still recovering from a knee injury has not started a single game for the Blues this season. He was again left out against the league cup clash against Leicester mid-week. The recently signed N’golo Kante has made the defensive midfield spot his own with impressive performances thus far this season. Matic and Fabregas are also in contention to play alongside the French midfielder making the Nigerians chances even slimmer to break into the starting team this term.

Chelsea and Manchester United were at tug of war for signing Mikel after the midfielder had won the silver ball at the FIFA World Youth Championship. However, after a huge transfer controversy, it was Chelsea who landed the talented Nigerian to Stamford Bridge. Since then he has spent 11 years at Stamford Bridge and is the 2nd senior most player behind the Chelsea captain John Terry.

The 29-year old has only 12 months remaining on his contract. In his recent interview with Goal, the midfielder stated that, he is open to a move away from Chelsea if he is not offered a new contract.

Mikel spoke recently to Goal and he suggested, “I have one year left “.

He was further asked to comment on Frank Lampard and the possibility of either playing with or against him, to which he added, “I am happy that he is back to his best[when asked about Lampard], doing what he loves to do and, one day, who knows, I may go over there and play with him, or play against him.”

Will we see departure of another long serving player for Chelsea in next summer’s transfer window or will he be offered a new contract to stay at the Bridge. At the moment the former seems more prominent, as he does not really fit into the plans of the Italian manager.

One thing is certain that Conte has some major problems to solve in west London at the moment and it will be quite interesting to see how he solves them keeping his cool, with all the pressure that he must be in, as he manages a club in the Premier League for the first time.