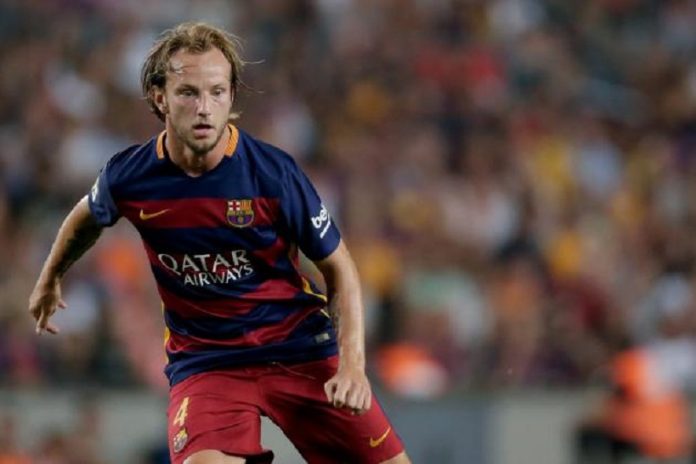 It has now been stated that Barcelona’s midfield superstar Ivan Rakitic is hopeful that he can remain at the Nou Camp until his current contract with the Catalan club ends, after rejecting several lucrative offers from a few big clubs during the recently concluded transfer window. Rakitic’s current deal with the club expires at the end of the 2018/19 campaign, though new signings Denis Suarez and Andre Gomes will add more competition for places at the Nou Camp for the Croatian international’s first team spot.

Rakitic has grown into an important player at Barca, with the reigning La Liga champions’ manager Luis Enrique utilizing him wisely.

However, despite that, it was reported last season that he grew frustrated eventually with how often he was being substituted.

FC Barcelona manager Enrique elected to withdraw Rakitic from matches a total of 25 times throughout the course of the previous campaign, which did not go down well with the player.

Both Jose Mourinho and Antonio Conte would have liked to add him to their current squad, though the deal did not eventually happen.

The Spanish club seems all set to secure the future of the midfielder, alongside Barcelona’s talisman Lionel Messi and Uruguayan international Luis Suarez by offering the trio new deals.

Enrique has elected to use the midfielder in all of his side’s game so far this season, including the 1-0 win over Athletic Bilbao where Rakitic grabbed the winner for his side after heading in perfectly via a Arda Turan cross.

Share
Facebook
Twitter
Pinterest
WhatsApp
Previous articleWhy Chelsea Should Have Bought This Player Termed As The ‘Poor Man’s Pogba’?
Next articleCrazy Football Videos: The Funniest Errors and Trolls By People While Playing The Beautiful Game