Match Report And Zidane Presser: Real Madrid 2-2 Borussia Dortmund, As Champions Fail To Take All Three Points On Their Travels 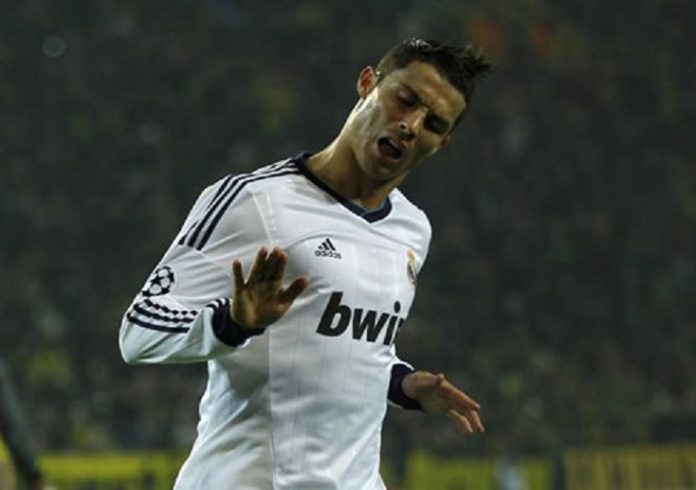 The present champs of Europe made the trip to Signal Iduna Park on Tuesday night, as they faced off against Borussia Dortmund in the second game of the group stages of their new Champions League campaign, in which Real Madrid will be eager at retaining the title. Zinedine Zidane was expecting a good solid performance from his side, who are currently on top of the La Liga points table.

The game produced four goals in total and both sides took home a share of the spoils, with the match eventually ending at 2-2. It was a good close encounter and the two deserved a point each.

Cristiano Ronaldo opened the scoring in the 17th minute, while Pierre-Emerick Aubameyangmade it 1-1 just on the verge of half-time. Further, it was Raphael Varane who gave the visitors the lead in the 68th minute, while Andre Schurrle made it 2-2, three minutes from full time.

The draw was a fair result, as the two teams looked quite evenly matched on the night and here is what Zidane had to say about the game, in his post-match presser:

“We did all we needed to from the first until the 90th minute.”

“We are and I am frustrated. We played a good game in attack and defence and it was a great effort from everyone. We played the game we wanted. At the end, the same again, it is the third match. I am frustrated for the players because it is undeserved.”

“It is not a bad result, but playing like we did, with chances we had and being 1-2 up with three minutes to go. We played well from the first to the 90th minute. If they get a goal right at the end. Sometimes in football you go on a bad run but we will get through it. The tough thing is telling the players that they deserved better from the game.”

There were quite a few more crucial things that the French coach spoke about, after his team failed to take home all three points on the night against a tough team, which have done quite well so far this season.

If they continue to perform in similar fashion, they might not just be title contenders in the league, but other cup competitions as well.

Just click on “link” to watch the entire presser!!

Share
Facebook
Twitter
Pinterest
WhatsApp
Previous articleZidane: “We always go out to win and that’ll be no different against Borussia”, As Real Madrid Prepare For Borussia Dortmund Clash
Next articleGareth Bale Speaks His Mind Prior To Real Madrid’s Clash Against SD Eibar