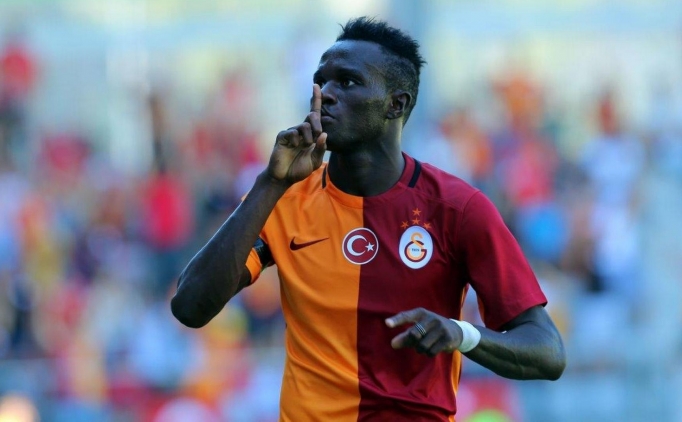 Manchester United have now joined the race in order to sign highly-rated Galatasaray winger Bruma, Turkish reports state. Arsenal, Tottenham, Chelsea and West ham have also shown an interest for the young star. The 21-year-old winger started his career with Sporting Lisbon where he caught the eye as a teenager. He then made £8.5m move to Turkish football with his current club Galatasaray in September of 2013, though he failed to make a mark there.

In the beginning of 2014, Bruma tore an ACL which indirectly ended his debut season in Turkish football and did not make a return till the start of the 2014/15 campaign, where he made 33 appearances in all competitions with making just 14 league appearances netting three goals and laid on six assists to.

Last season the Portuguese U-21 international joined La Liga side Real Sociedad on a season-long loan where he made 32 appearances in the domestic league scoring only two goals.

With a couple of years left on his current deal with the club, Bruma’s future is up in the air with several Premier League teams eager to land the talented winger with the hope he can realise his full potential in their squad.

Bruma also managed to score a brace in a pre-season game against the Red Devils and Mourinho was quite impressed with the youngster, stating that he will keep a tab on him throughout the 2016/17 season.

“He congratulated me for the performance and said he was impressed with me. He promised to closely monitor my work and said I could play for the national team soon.” said Bruma.

“Of course it was amazing to hear this from Mourinho and he said he will keep an eye on how I do this season.”

Several other premier league club such as Arsenal, Chelsea, Tottenham and West Ham all had scouts present for Galatasaray’s Super Lig clash with Kayserispor on September 10th where he bagged himself an assist.

Having made five appearances already this season, scoring once and assisting twice, perhaps Bruma is set for the best statistical season of his career if he carries on his current form

The Hammers have one of the better groups of wingers in the top flight of English football with Dimitri Payet, Sofiane Feghouli, Gokhan Tore and also Michail Antonio, who at present is the joint top scorer in the league this term with Diego Costa, finding the net on five occasions.