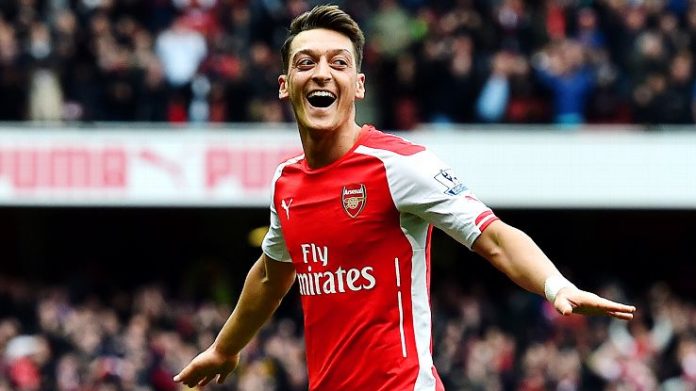 Arsenal boss Arsene Wenger is prepared to sign Marco Reus to replace Gunners superstar Mesut Ozil if he leaves the club next summer. The former Real Madrid player has been linked away from the club in recent seasons as he is frustrated with Arsenal’s failure to compete for any major silverware.

However, Wenger is keen to get the Germany International sign a new contract to extend his stay with the Gunners.

It is being reported that the player had demanded that there must be a release clause in any new deal but now it is believed that the midfielder superstar may choose to ply his trade somewhere else.

It is also rumoured that if Ozil decides to leave, Wenger will try and sign his international team-mate Marco Reus.

The Arsenal boss has been a long time admirer of the Borrusia Dortmund winger and has been heavily linked with the 27 year old over the past few seasons now.

The Gunners boss will have to lossen up his transfer kitty to afford a player of Reus’ calibre but he could also reinvest the money made from the sale of Ozil.

The German International has been an important player for Arsenal since his £42.5m deadline day move to North London in 2013. The World Cup winner has scored 22 goals for the Gunners but despite being a fan favourite, The Gunners may be less disappointed by his departure if Reus is set to replace him.

However, Reus is not a direct replacement to Ozil as he is primarily a winger, but the Germany international is also capable of operating through the middle too if needed.

The 27-year-old is still sidelined by an injury as he has a tear in his abductor muscle, which had kept him out of Euro 2016 and has not featured yet for Borussia Dortmund this season.

Share
Facebook
Twitter
Pinterest
WhatsApp
Previous articlePoll Of The Day: Does Real Madrid Actually Need To Re-Sign Mesut Ozil?
Next articleFootball Madness: From A Dog Ending A Goalkeeper’s Career, To A Goalie Being Sent Off For Attacking A Pitch Invader And More!!