Preview : Manchester United Vs Arsenal, As Gunners Get Set To Visit Old Trafford 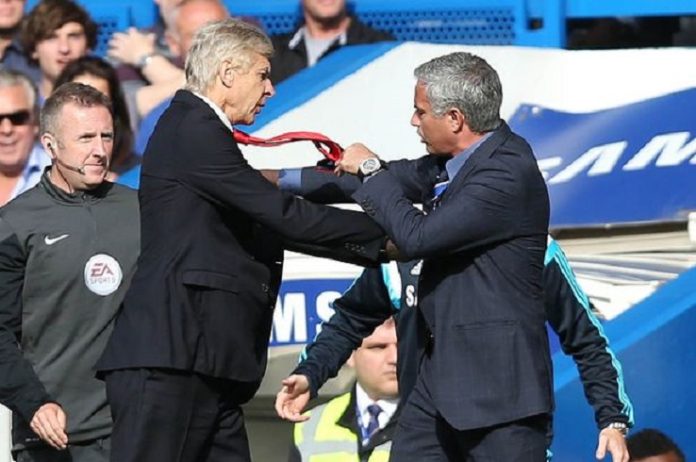 Saturday’s early kick-off will see Manchester United lock horns with Arsenal in a crunch time pulsating fixture at Old Trafford. It will be Jose Mourinho against Arsene Wenger once again, a battle that rarely proves to be a dull affair. The Frenchman has only once got the better of his nemesis in a Community Shield encounter when the Portuguese was then manager of Chelsea.

Mourinho is likely to wind up this counter-part ahead of the game knowing well that the frustration Wenger has towards Mourinho will only be intensified with every passing minute of the game if his team is unable to get on the front foot.

Over the last 5 meetings, there have been 2 wins a piece for each club with one draw. The last meeting ended in a 3-2 win for Manchester united.

Wenger has his own injury problems to contend with and faces an anxious wait to see what sort of condition Alexis Sanchez returns in following his escapades in the Chilean national team.

Mourinho would also have serious decisions to make by figuring out who lines up with the best possible defense after the stinging criticism his team has been under despite a 3-1 victory over Swansea City.

Eric Bailey, Chris Smalling and Zlatan Ibrahimovic are ruled out. Wayne Rooney, Marouane Fellaini and Luke Shaw are all battling against fitness but the game has arrived too early for Antonio Valencia who is out with a broken arm.

Manchester United have lost just one of their last 10 Premier League matches against Arsenal, a 3-0 loss at the Emirates in October 2015.

Arsenal will be without Danny Welbeck, Per Mertesacker and Lucas Perez while Santi Cazorla is fighting against time against an Achille’s problem. Despite Alexis’ injury update yet to be out Hector Bellerin is another major doubt for Arsenal.

Arsenal have gone over 10 years without a league victory at Old Trafford, last beating the Red Devils in September 2006 thanks to an Emmanuel Adebayor winner.

As always it will be a tough and close encounter with the two teams looking to take back all three points. Neither Wenger nor Mourinho would want to give their opponents an inch and will expect nothing less than a win from their team.