Serie A Superstar Gives An Update On His Move To The Premier League, As Chelsea And Manchester United Continue Chase 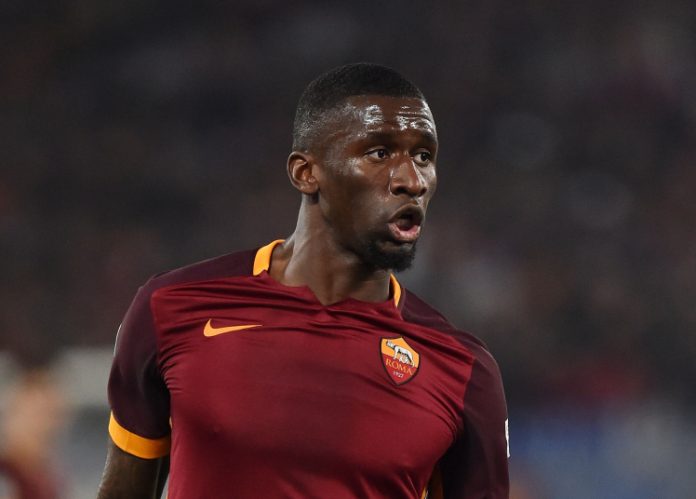 AS Roma centre-back Antonio Rudiger has delivered a huge blow to the Premier League teams that have been chasing him, with a recent statement that would have broken many hearts to say the least. Rudiger has claimed that he is “really happy” to be in the Italy capital and has tuned down rumors of a switch to the top flight of English football any time soon.

Two of the top clubs in the country, Chelsea and Manchester United had high hopes of signing the centre-back and it seems now that their ambition of brining him to England have come dashing down.

The 23 year old superstar, who has capped Germany eleven times recently said, “There is a lot of talk about changes in the squad, but I am really happy to play for Roma. I am not bothered about transfer rumors.”

“In the end, I am happy to be healthy again. It was not easy but now I can play again. I am ready to play [on Thursday]. I hope for the best, but it’s the coach’s decision in the end.”

With his focus being returning to fitness, the £12m towering figure at the back had an impressive season with Roma, linking him to Manchester United and Chelsea, although the deal now seems unlikely.

Both the Blues and the Red Devils want to add the defensive superstar to their current squad as they are keen to impress, though which club comes out on top in this race, still remains to be seen.

Share
Facebook
Twitter
Pinterest
WhatsApp
Previous articleReal Madrid Superstar Says That He Is Tired Of Being A Super Sub, As Zidane Fails To Offer Him Regular Game Time
Next articleUpdate On The Future Of This Manchester United Winger, As Jose Mourinho Looks To Stir Things Around