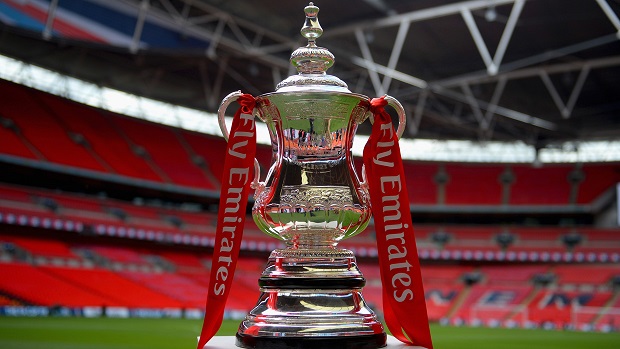 The FA Cup third round fixtures were drawn out earlier this week and the prestigious championship is up for grabs, an amazing and thrilling journey is promised as another year of the teams from all the divisions in England look to battle it out for supremacy. Two of the most successful clubs, Manchester United and Arsenal have won the competition 12 times each. The Red Devils won it last year while the Gunners won the trophy consecutively two seasons before last. The qualifying phase of the tournament began on 5th August and it is now down to the last 64 teams.

The third round of fixtures commences on 6th January 2017 and there are a few interesting and intriguing fixtures to come in the New Year.

The first game itself seems to be a cracker. Manchester City take on West Ham. Pep Guardiola and City would probably be delighted to draw against the Hammers given the poor form of the London club. Though not many should rule out the possibility of West Ham putting on a show given the attack and quality their squad possesses.

Holder’s Manchester United will be hosting Reading and we should expect a routine victory for the Red Devils. Jose Mourinho has only recently begun to leave his mark at Old Trafford and with his side finding their feet slowly, the result should favor the Premier League team.

Chelsea face Notts County/ Peterborough United, with the current eight win streak the Blues have established themselves as Champion-material in the Premier League and whichever team they face should not be a difficult fixture given the depth in Antonio Conte’s squad. They should progress through or it would come as a shock to the footballing world if they fail to do so.

Arsenal face a trick team in Preston which have been known to cause shockers in the FA Cup before but given Arsene Wenger’s options and creativity in attack including midfield, the 12 time winners should not see a problem in knocking out Preston.

Here’s a look at some of the confirmed fixtures so far of the top Premier League teams:

Jurgen Klopp’s men should face either Newport County or Plymouth, which in similar ways should be a cakewalk for the Red’s, their fast attacking and counter-pressing may prove to be too much for many teams to handle and should be delighted to have drawn the fixture they’ve received.

Tottenham take on Aston Villa and the north Londoners should not have a massive hurdle in clashing with Aston Villa and Mauricio Pochettino’s should make it through to the 4th round with ease.

The top Premier League teams that include Chelsea, Arsenal, Liverpool, Manchester United and Tottenham have rather easy fixtures but the small clubs look to turn up big-time when facing a giant club, the possibility of upsets are certainly on the cards.

Only time will tell how the remainder of the season shapes up to be and who makes it to Wembley to hold the trophy. Gear up and stay tuned as the FA Cup action begins soon.

Share
Facebook
Twitter
Pinterest
WhatsApp
Previous articleHow Antonio Conte’s Chelsea Side Survived A Major Scare Prior To The Upcoming Crucial Matches
Next articleThe Cesc Fabregas Transfer Saga And The Madness Behind It All, As Chelsea Boss Antonio Conte Has His Final Say