Manchester City VS Arsenal : Pep Guardiola Gets Set To Welcome Arsene Wenger At The Etihad 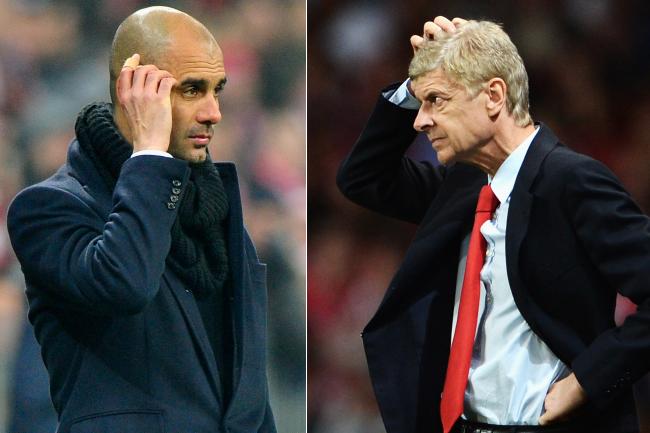 One of the two big games to be played in the Premier League on super Sunday, will see Arsenal travel to the Etihad to face off against rivals Manchester City, in a total of the table encounter. Both teams are slowly fading away from the title race and will want to take back all three points from this contest, with the hopes of keeping their challenge alive and going strong.

The Gunners lie currently in 3rd place with 34 points, while City have 33 and are 4th, with Chelsea leading the points table with 43.

After losing the previous game to Everton at Goodsion Park in shocking fashion, Arsene Wenger’s side can’t have any more slip-ups and will have to win this one.

Also, Pep Guardiola will not want to lose any points at home, that too at such a crucial stage in the race to catch up with Antonio Conte’s Chelsea side.

A loss for either side could be really devastating and would hurt their ambitions of winning the league this term. It will be quite important that both managers can make their sides produce the best form on the night and secure a win.

Sergio Aguero will be an absentee for Pep and his team, which would be a huge loss, after being sent off against Chelsea.

On the other hand, the north Londoners will want Mesut Ozil and Alexis Sanchez to really put on their best show on the night.

Which team do you think will win the match in Manchester today?? Have your say guys:

Share
Facebook
Twitter
Pinterest
WhatsApp
Previous articleReal Madrid’s Cristiano Ronaldo And The Ballon d’Or : Still A Better Love Story Than Twilight
Next articleGuitar Fiesta: The Most Legendary Performance Ever By The Gods Of Guitars