Manchester United In The Hunt To Sign Attacking Midfielder, Also Wanted By Arsenal 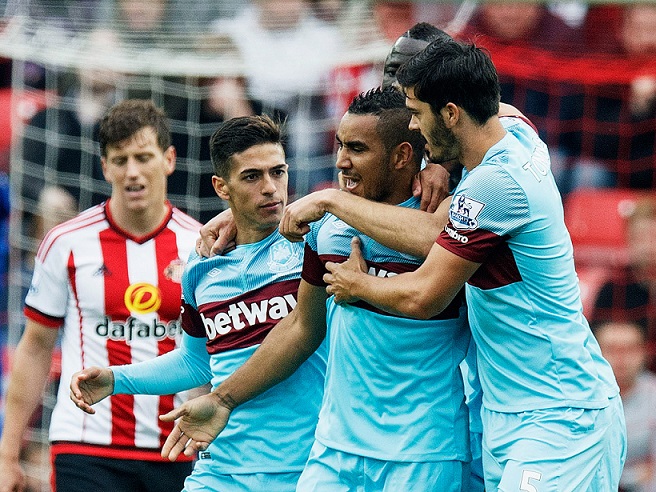 Reports suggest Manchester United are targeting Dimitri Payet in the coming transfer window as Jose Mourinho’s top target. The transfer would be sure to upset the Hammers fans that are in fear of relegation. Dimitri Payet was sensational for West Ham last term scoring 12 goals and helping the London side to qualify for European competition. The Frenchman continued his red-hot form into the Euro 2016 where he netted seven times for his national team.

Though the 29 year old has scored only one goal this season, Payet has created the most number of chances than any other player in Europe’s top 5 leagues this season but his team-mates are yet to take any inspiration from him. West Ham have won just 3 of their 14 Premier League games this season and sit just one point above the drop zone.

According to the story, Payet could leave West Ham for a fee of £15m, if the club are relegated which would be a massive bargain considering the qualities the midfielder possesses.  Payet has shown on many occasions he is a big game player, ruthless in midfield and would be able to link up well in attack with his international colleague Pogba.

Payet has caught the eye of many in his debut season and is continuing with high end performances, but will he continue playing for a club that is barely competing to stay in the Premier League or will Jose Mourinho swoop in and raid the Frenchman?

The former Marseille man could be exactly the player needed to spark Old Trafford due to his cutting edge and eye for goal. Though it remains to be seen when any real deals would start to arise.

Also, apart from the Red Devils, Arsenal are also looking to add him to their squad and a battle for his signature could be on the cards now, with both teams looking to acquire his services and the player himself not refusing the possibility of a potential move.

What will happen next now, remains to be seen.

Share
Facebook
Twitter
Pinterest
WhatsApp
Previous articleWhy Liverpool Could Perform Better Than Arsenal And Manchester City In The Race For The Premier League Title This Season?
Next articleBreaking : Arsenal Boss Arsene Wenger Wants This Superstar To Stay At The Emirates