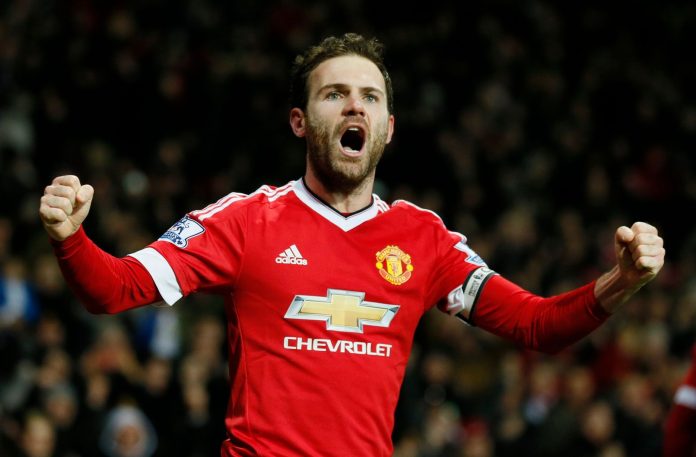 Jose Mourinho’s Manchester United continued their impressive run of winning games as goals from Juan Mata and Zlatan Ibrahimovic downed Slaven Bilic’s West Ham United on Monday. A 2-0 win ensured the three points went to Manchester who played the majority of the game against 10 men as Sofiane Feghouli saw red for a tackle on Phil Jones.

Spain international Mata managed to give his side the lead midway through the second period, at the London Stadium, to break the valiant resistance put up by Slaven Bilic’s side, who played 75 minutes being a man down.

Eventually, Ibrahimovic blasted in a controversial second in the closing stages of the match to take off some pressure from his side and put them back possibly into the title contention.

To secure a tally of six wins in a row in any competition represents a remarkable streak, given their bleak autumn mis-fortunes and with their fierce rivals Liverpool dropping points in a 2-2 draw at Sunderland, the prospect of Jose Mourinho’s side putting some serious pressure on their rivals in contention for the Champions League spots looks now way more realistic.

It was the hosts, who were looking to make relegation a fading concern and started the better, though that did last just for one half, if not more.

Referee Mike Dean and his officials were in the limelight with a red-card call and an offside decision, there were just 15 minutes on the clock and a decisive moment came, though few were expecting referee Dean to send off Feghouli for his poor challenge on Phil Jones after the West Ham man over-ran the ball and leaped dangerously towards the Englishman, to beat him to it.

The visiting defender won the race and Dean’s response was to brandish a straight red – the fastest issued in the Premier League this season.

Mike Dean did give himself a good amount of time to think, eventually showing a red card, that incensed the home fans and Bilic on the touchline, although the way Feghouli jumped off the turf certainly made the challenge look careless.

United struggled to carve out many meaningful chances despite their numerical advantage – although Darren Randolph made one stunning save to deny Antonio Valencia in the first half as Jesse Lingard inexplicably hit the post on the rebound.

Mourinho made an attacking change for the second half, introducing Mata for full-back Matteo Darmian at half-time and West Ham were perhaps fortunate not to concede a further advantage to the visitors when Cheikhou Kouyate escaped a card for a two-footed challenge on Mkhitaryan. And the Hammers spurned a great chance to take the lead when Michail Antonio shot straight at David de Gea when clean through one-on-one.

Mata steered in a fine finish only three minutes later to compound Antonio’s frustrations before Ibrahimovic secured maximum points for United, who are back to within a point of fourth-place Arsenal, having played a game more. Marcus Rashford surged into the penalty area before cutting back onto his right foot and teeing up fellow substitute Mata, who curled a first-time shot beyond Randolph’s left hand and into the top corner.

To make matters worse for West Ham, the visitors were able to wrap up the points by scoring a second from an offside position. Striker Ibrahimovic was clearly ahead of the home team’s defence with 12 minutes to play but there was no flag and he gladly lashed the ball home.

Paul Pogba managed to come close twice however was unable to really test Randolph in the West Ham goal. For the Swedish front-man, it was an 18th goal of his current season in all competitions, which meant that he has already scored more than United’s top scorer last season, Anthony Martial, who had netted just 17 times.

Share
Facebook
Twitter
Pinterest
WhatsApp
Previous articleTitle Ambitions Rocked? Liverpool Held By Sunderland To An Unlikely 2-2 Draw, As Two Crucial Points Dropped At The Stadium Of Light
Next articleWhat A Comeback : Arsenal’s 3-3 Draw Against Bournemouth, A Game To Cherish