Shocking! Barcelona Join Real Madrid In The Race To Sign This Tottenham Superstar 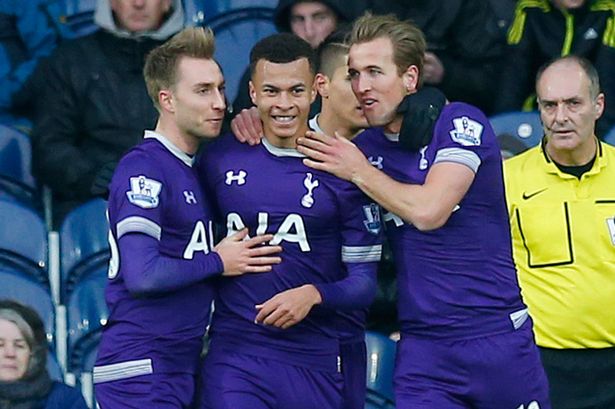 Since joining the north London club, Dele Alli has caught the attention of the football world with his overwhelming performances Real Madrid and Barcelona will be reportedly going head-to-head for one of Europe’s hottest young player, with the giants of the La Liga eyeing a move for Tottenham attacker Dele Alli.

Spurs manager Mauricio Pochettino has already slapped a £50m price tag on his midfield ace, and Alli signed a contract extension last September that keeps him at the club until 2022.

Therefore, a reported fee of £70m might be enough to take the 20-year-old superstar away from Spurs, with his recent streak of six goals in three games putting the European giants on alert. And still at only such a young age, it’s staggering to think what the former MK Dons man might go on to achieve.

Reports speculate that the London club may be persuaded to cash in on Alli as they are involved in a £750m redevelopment of White Hart Lane.

Spurs have already lost Luka Modric and Gareth Bale to Real Madrid in recent seasons and have also felt the blows of losing key players and a big money move could certainly see their young sensation leave White Hart Lane.

In an interview last week, Pochettino described Alli as the “most important player to emerge in English football in recent years”. Even the Spurs fans would want to see Alli remain a Tottenham player for the coming seasons as they continue to challenge for the Premier League title.

However recent reports suggest that Real and Barca are both expected to make a serious push to land Alli in the summer transfer window. There are also interests from other clubs like PSG and Manchester United who are keen on landing the superstar.