Liverpool To Make Summer Offer For £25m Priced Star, To Replace Emre Can 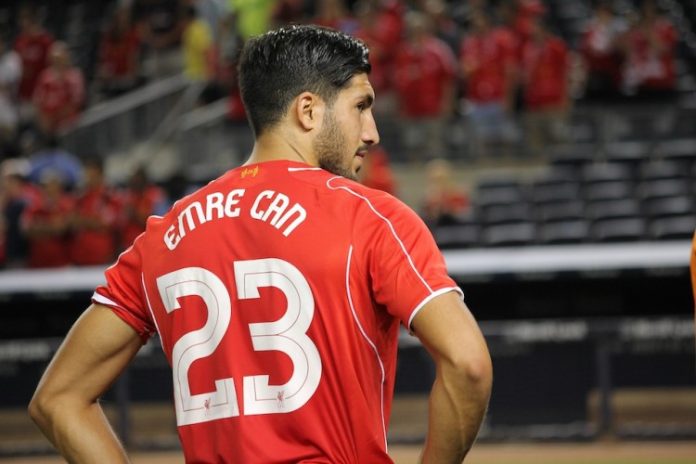 As per claims by the Mirror, it is Liverpool who have stepped up in the hunt to sign RB Leipzig’s Naby Keita. The Reds have failed to impress in the Premier League once again, with the lack of consistency holding Jurgen Klopp’s side down. His team have managed to perform well against the top clubs, yet have failed to live up to expectations of the fans, when playing the smaller sides.

It seems now that the Merseyside outfit will try to sign the 22 year old Guinea international, as a future replacement for German star Emre Can.

The former Bayer Leverkusen man is facing contract issues at present and might leave Anfield soon, which seem to be the rumours going around at present.

If Can departs, it would mean that the Kop boss will have to add more quality stars to his side, otherwise they would become quite weak in the midfield department.

The Liverpool man is waiting to be offered a £100,000 per-week deal, which is the main reason that the contract negotiations have been delayed.

Keita has been genuinely impressive with eight assists and four goals in a total of 22 appearances so far this term for the Bundesliga side, which would have surely caught the eye of a lot of clubs.

He has attracted attention from a lot of right places, with his performances and if the interest from the English giant continues to grow, we could see the player make the move soon, if things do indeed work out between the two parties.