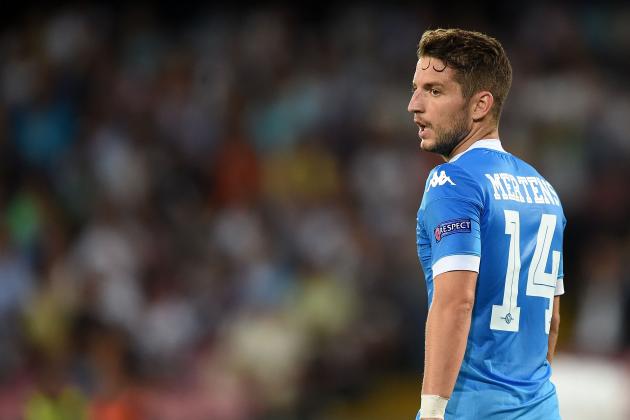 League Cup champs Manchester United have held ‘secret talks‘ with Napoli’s Dries Mertens about a possible move this summer, as the Reds Devils are hoping to challenge for the Premier League title and more, in the days to come. Jose Mourinho must not be happy with the fact that his team did not win more titles so far and will want to add more quality reinforcements to his current side in the upcoming transfer window.

The Manchester based side still have a chance to win the Europa League, though they will have to be at their very best for that.

The former Chelsea coach will be keen on adding some talented fire-power to his front-line and the 29 year old superstar seems to the perfect fit, in his mind.

Further Italian newspaper Il Mattino says that the star, who represents Belgium at the international level has established himself well with the Serie A outfit.

He held a recent meeting with representatives of the Red Devils, urging them to complete his move to Old Trafford, though there is no guarantee anymore.

Mertens has had a superb current season at Naples scoring 23 times in just 32 games, which includes matches from the Italian league and the Champions League as well.

Mourinho knows that his team’s triumph in the domestic cup was just a morale booster and if they wish to finish in the top four and win more major silverware, they need to be much better and deliver high quality performances.

Whether or not that happens is still a major question, as the Portuguese boss looks to sign high quality stars in order to bring him more success at the Theatre of Dreams.