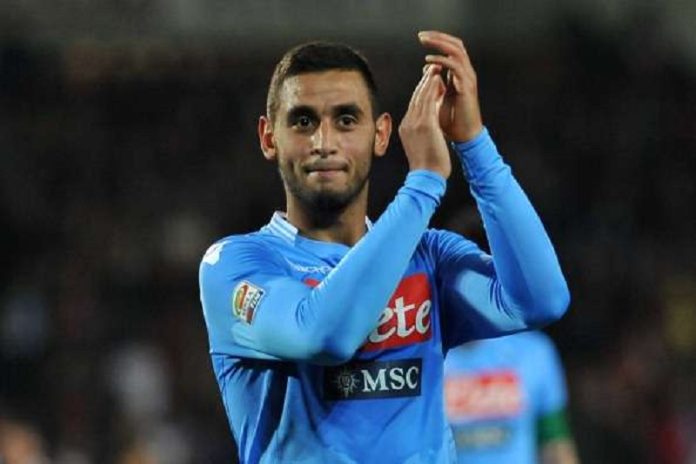 Recent reports suggest that AC Milan and Arsenal target Faouzi Ghoulam is in talks with his present club Napoli and could possibly sign a new deal with them, in the days to come. The Algerian international has also managed to set up seven goals for the Italian outfit in 34 appearances, during the course of this season.

Ghoulam will be out of contract in June of 2018 and is not keen on signing a new deal with his current outfit, as even Arsenal boss Arsene Wenger is interested in recruiting the services of the Napoli man.

With the speculation that is going around about his future, the 26 year old star could be moving away from the club in the summer transfer window, with big clubs from England and the European continent, drawing attraction.

Reports also claim that Ghoulam, who had joined Napoli from French club Saint-Etienne in January 2014, is now wanted by these two European giants.

It remains to be seen if the Gunners or the Italian outfit will be able step up their chase for Ghoulam in the upcoming days, who has 33 caps for Algeria to his name however reports have stated that the superstar had talks with the Serie A giants recently and agreed on a five-year deal worth around £32,000-a-week despite all the attention that he has attracted.

An interesting transfer saga surely awaits us in the days to come, that is certain, as the present campaign draws to a close.