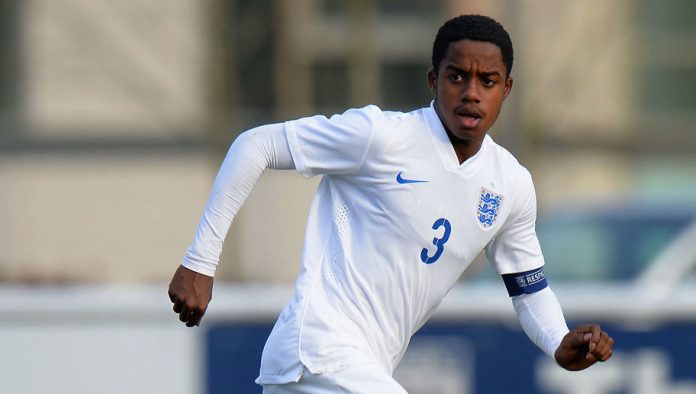 Reports suggest that Liverpool and Manchester United are both keen on the signing of youngster Ryan Sessegnon. The teenage wonder-kid has been chased by Arsenal and Manchester City as well. At sixteen, he has already caught the eye of a few massive clubs in England after bursting onto the scene at Craven Cottage in his breakthrough season.

The left-back has played 29 times for Fulham and has scored seven times lighting up the left hand side helping Fulham reach the Championship play-offs this season.

Sessegnon has had a number of Premier League clubs linked with his signature but Manchester United and Liverpool are the front-runners to secure his services.

Being regarded as one of the hottest prospects in English football, Sessegnon has been compared to the likes of Gareth Bale when he played at Southampton in the left-back position.

He was named in the Championship team of the year after taking the game by storm this season and it seems likely that he will be up for auction in the summer despite Fulham stating that he is not for sale.

Reports claim Fulham have already rejected two bids from Arsenal for the defender but it would be interesting to see where he finally lands up at the start of next season.

Jose Mourinho doesn’t particularly have a good reputation for nurturing and developing young talents while Jurgen Klopp is quite the opposite when it comes to youth, we could also include Arsene Wenger in the same bracket.

Also, the Gunners and City have failed to really challenge for the league title, which would be something that Pep Guardiola will want to change in the upcoming days too.

Certainly if Sessegnon is offered a high price, which the big clubs can afford, it is likely that they will see the back of one of their future stars, however the youngster may have to decide on which club he would want to play for.