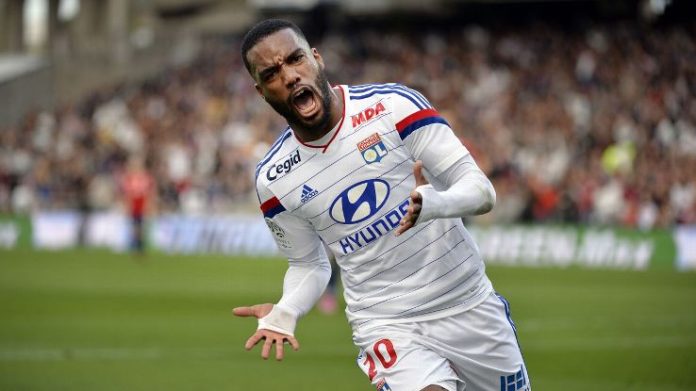 It seems that Arsenal are now ready to pay more money, in order to buy £50m-rated French striker Alexandre Lacazette, this summer. The Gunners seem desperate to add more quality stars to their current squad, after failing to finish in the top four of the Premier League and will not be competing in the Champions League, next term.

The north London giants have been looking at a host of options that they might have, in order to strengthen their squad at the Emirates.

The 26 year old striker, playing for Ligue 1 outfit Lyon, might now be their best option to sign, with the way that things have been happening.

However, there is still yet another problem that the Londoners will face now, apart from the demands made by the club from France.

The problem is once again Jose Mourinho’s Manchester United side, who are also said to be interested in acquiring the attacker’s services.

The Portuguese coach wants to add more quality to his side up front as well and will look to bring the striker to Old Trafford.

One advantage that the Red Devils will have over their fierce rivals would be the fact that they can offer the high quality player the opportunity to play in Europe’s biggest cup competition.

This could eventually be the difference maker in his decision, if he indeed decides to make the move to England, in the days to come.

The transfer window has seen plenty of drama already and it seems this transfer saga could add a lot more as well.

Which club will Lacazette eventually join? Like our Facebook page and keep following us for more updates.