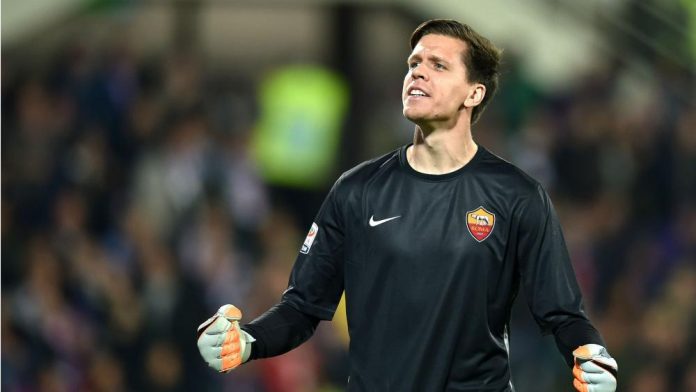 Arsenal has been heard a lot in the transfer news this season and now again they are engaged in another transfer, in which could see their goalkeeper Wojciech Szczesny move to the Italian Champions Juventus next season. Szczesny has been on loan at AS Roma this season and was impressive as he was the goalkeeper to keep the highest no of clean sheets(14).

The Polish International’s loan deal ends this season and he will come back to the Gunners side but it is probable that he will be playing in Serie A for another season.

However, it is surprising for Juventus to buy a goalkeeper when they have Gigi Buffon at their goal but it could be understood that Buffon will turn 40 next season and thus they are looking for their future goalkeeper.

Juventus have reportedly agreed a €16m(£14m approx.) deal for the 27 year old goalkeeper. The player has agreed a four year contract which is valued at £3.5m per season.

It will be great for Szczesny to share thoughts with the legend Buffon and it might take his game to the next level. It would be interesting to see how much playing time he gets this season as Gigi Buffon might still be the favorite for Juve’s Top eleven.

For Juventus, it is a fairly good deal as they have lured a player of quality, who can be asset to them in the years to come. The 6’5″ tall keeper has saved 123 times this season and will be a good replacement for Buffon.