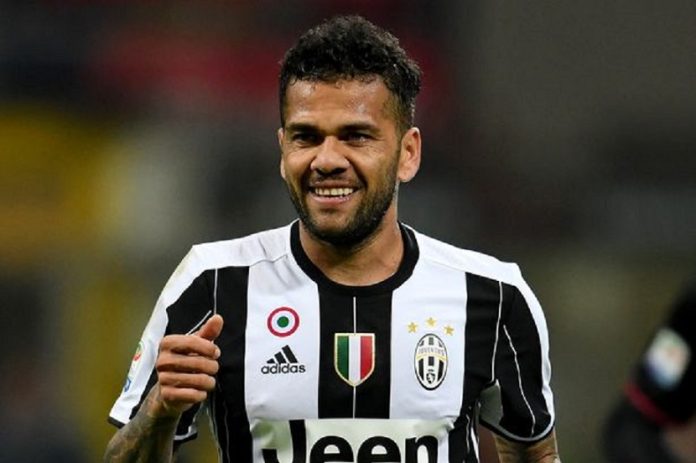 The Premier League champions, Chelsea, have been given a boost and it could be a big moment for their fans, as according to recent reports, Dani Alves is looking to listen to offers. This means that the 34 year old right back might not want to end his football career in Italy. Speculations suggest Antonio Conte’s side is looking for the veteran right back.

A player like Alves will be very good for the champions of England as the Brazilian has got a great physicality and influence at the back and also, while pushing forward.

He has got the capability to lift the team up in all times. Chelsea has got the opportunity to lure the right back as the Italian champions have not yet offered a new contract to this star.

However, the Blues are not the only side looking for the former Barcelona man, his former manager Pep Guardiola is also reportedly interested to see him in the light blue shirt next season.

The Brazilian right-back is a player very close to Pep Guardiola as they had spent a lot of time together in the Catalonian club. The veteran knows the style of play that the Spaniard prefers and might be a good fit for Manchester City.

However, his current contract is till 2018 and the Turin based side are not in a hurry to offer him a contract extension because he will be aged over 35 after 2018 and might not be able to play in his top form.

Therefore, a good offer from either Chelsea or Manchester City can be agreed by Juventus provided the potential they have in the backline and it will be also a good business for them.